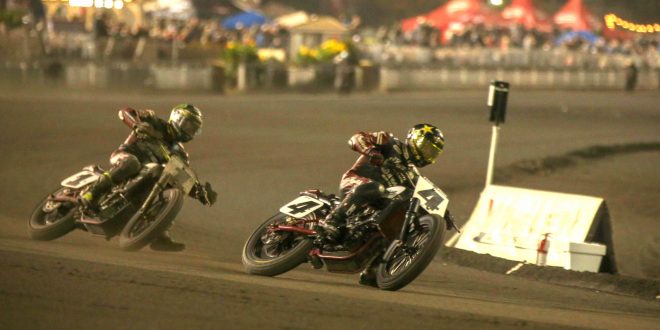 DAYTONA BEACH, FL – The 2018 season may have just wrapped up, but American Flat Track is already out with a provisional schedule for 2019 that includes a new event in New England during Laconia Motorcycle Week.

The season will launch at Daytona International Speedway with the Daytona TT on March 14 and conclude in the fall with the Meadowlands Mile at the MetLife Sports Complex in East Rutherford, NJ. A total of 20 events on 18 dates are planned, including a Laconia Short Track race on June 15 at a location to be named in New Hampshire.

Returning to the schedule after a one-year absence is a half-mile event at Perris Auto Speedway in Perris, CA.

“AFT is coming off the back of a record-breaking season and we have planned the 2019 schedule to push things to the next level,” said Michael Lock, CEO of American Flat Track. ”We are delighted to be restoring the series to Southern California and taking American Flat Track to New England next summer, two traditional hotbeds of professional motorcycle racing.”

The 2019 schedule features a nicely balanced number of events, with six Miles, five Half-Miles, four Short Tracks and five TTs. AFT Singles run a TT and Short Track before each of the two Springfield Mile events, which is why 20 total events are listed.

Jay Maloney, racing on an Indian Scout FTR750 for Indian Motorcycle of Springfield in Massachusetts, came in 17th place. 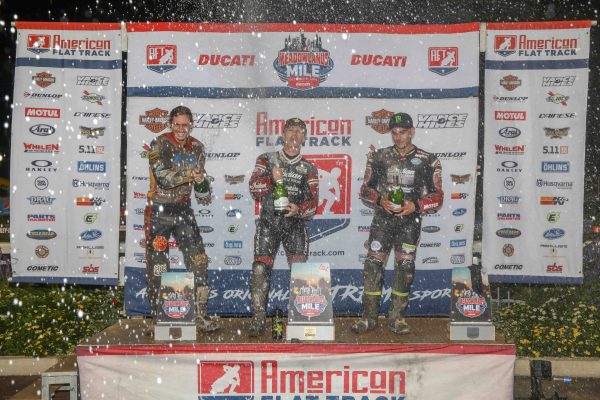