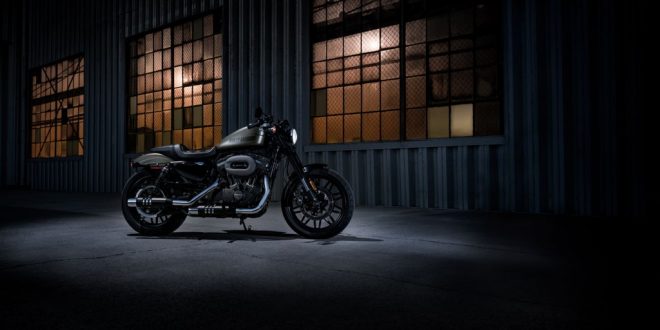 Another Reason For Harley-Davidson To Worry?

May 30, 2018 Comments Off on Another Reason For Harley-Davidson To Worry?

LITTLE NECK, NY – So a rider friend and I decide to stop in to the local Harley-Davidson dealership for a look at the latest models. It was around 11:00 o’clock on a mid-week morning. As you might expect, there were no customers in the showroom at that hour; just three or four sales persons working at their desks.

After a modest amount of time – five minutes or so – a sales person approached us. In short order, we learned that our sales guy had been riding Harley’s for 35+ years as he showed us both arms filled with tattoos that verified his love of the brand. We learned that he owns more than a half-dozen examples of Milwaukee’s finest, including the very first Sportster he bought all those decades ago, now restored to gleaming newness.

We also heard of his multiple travels to the West Coast including the details of the breakdowns he experienced along the way. We learned of his regular trips to Florida on his Harley touring machine with the cruise control set and the radio keeping him company. We learned that he hates “twisties” and just likes to cruise the wide open spaces. He told us multiple times which model was his favorite.

And we learned that he’s just doing the Harley sales thing for fun and that he made his money long ago and really doesn’t have to sell a thing.

In-between all of this biographical education I managed to get in a few questions about the various bikes. Our sales guy proved himself to have outstanding knowledge of the product, understanding the differences between the models.

Here’s what the sales person didn’t learn about the guy he was speaking with or, more accurately, at:

– What sort of riding is typical for me? 300-mile day trips with a few over-nighters thrown in.

– What am I riding now? Nothing, just sold my bike.

– Where do I live? About five miles from the dealership.

– What time-frame am I looking at to buy my next bike? Not sure – maybe soon, maybe not.

Getting just this basic information would have given the sales guy a world of information to work with. Specifically:

I’m a mature, highly-experienced, rider who just got a bunch of cash from the sale of his bike and currently has no ride. I also happen to live practically just down the road. He would even have an understanding of the kind of riding I do so he could tailor his pitch around the most relevant bikes in the showroom. With my contact info, he could stay in touch to help guide me through the process of getting my next bike.

While seemingly very product savvy, he had no idea how to differentiate himself and his dealership from all the other dealers out there (H-D and otherwise). In other words, give me a reason to continue the conversation.

Now, realistically, this anecdote is not something that would be limited to Harley-Davidson. I’ve met plenty of ineffectual sales people in all kinds of dealerships. It’s just that, with the current downward trend in Harley sales, they can ill afford this kind of lackadaisical selling technique.

So, I’ll just chalk this up to a bit of a rant. But, I do hate to see this sort of thing. Some good sales training and oversight by management could fix this. Everyone would win.

A longtime motorcycle enthusiast who has ridden more than 200,000 miles on a variety of motorcycles, Bob Rosen spent seven years as general manager of a BMW-Ducati-Indian motorcycle dealership after an extended career in manufacturing and business management.
Previous Staff Inflection: The Motorcycle Myths That Annoy
Next Motorcycle-Only Days Set For Mt. Washington