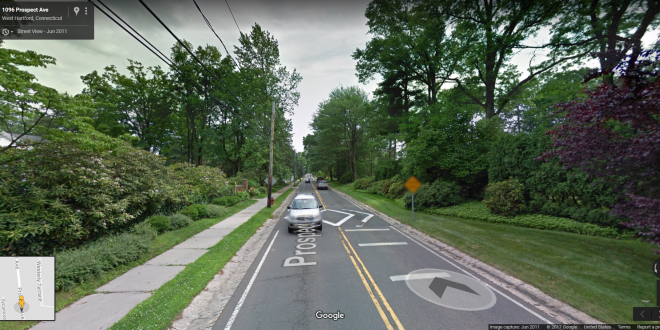 I debated with myself quite a bit about writing this column. A part of me does not want to bring attention to a driving behavior that I wish were not real. On the other hand, I do not want to “not discuss” this behavior because talking about it might save someone’s life.

I was on the way to meet a friend for brunch in West Hartford. Within a mile of my home as I headed south from Granby in a 40-mph speed zone, I had a car come up on my rear traveling well over the speed limit. It nose-dived as it slowed behind me. I know they saw me because I was the guy in the high vis gear and white helmet. The nose dive supported being seen, too.

Why had this vehicle come up so close at a high rate of speed, only braking when they were within two car lengths of me?

Was this intimidation to speed me up or have me pull me over, perhaps?

Or was this just another driver oblivious to the fact that with the slightest miscalculation they could have crushed me with their 3000-pound vehicle?

I pulled to the side and waved them past when the broken yellow line appeared and later watched the driver stop in the same manner behind the car at the stop light in front of us. Nose down and all braking done at the last possible instant. I took notice to the front wheels. They were dark black, soaked with brake dust. Certainly not the driver’s first sudden stop.

I happily watched that vehicle head in another direction and rode on. I can’t say that my awareness was in a heightened state from this episode because all my riding these days seem to be in a heightened state. Every ride lately I’ve had to take some sort of action to save my own life. By action, I mean evasive maneuvers or accelerating away to pull over and allow a threatening vehicle to go past.

Is this what riding a motorcycle is about now? Or is this a geographical problem? I know the Facebook for my town is heavily populated with posts about speeders and/or tailgaters. A man down the road from me was just hit by a car and killed while crossing the street with his bull last week.

Moving along, I continued down Route 189 toward Bloomfield and came upon a landscape truck and trailer taking up the entire lane on the opposing side of road. They had placed bright orange traffic cones both front and rear of their truck and trailer. Getting closer, I saw oncoming traffic approach the obstruction in their lane and go around the truck and trailer directly into my lane – just at the time I was passing the truck and trailer. This forced me to the right of the solid white line to avoid getting hit head-on.

Not one vehicle. Not two vehicles, but at least four with only the last stopping as they should as I threaded the needle down the shoulder. When I learned to drive some years back, I was taught that if your lane was obstructed, you were the one to come to a stop till it was safe to pass.

Eventually, I made it almost to my destination, and turned from Route 44 on to Prospect Ave, which has a 25-mph speed limit. It also has speed tables to assist you in keeping your speed in check. I shifted lightly into second gear and found myself taking the first speed table at exactly 25 miles per hour.

I then noticed a silver Audi come over the table behind me so close to my rear that I had to blip the throttle to insure that his bumper did not contact me. I turned and looked right at him making eye contact – young male, no older than 25 years old – and lifted my hand as if to say, “What was that?”

I thought perhaps it was a miscalculation of speed, distance, etc. but as I stopped at a stop sign, he again came so close to my rear tire at an excessive speed that I released the clutch to get away.

Approaching the second speed table, I hear his motor accelerating. I turn, look right at him, and pull to the side out of his path. He deliberately swerves right – directly at me – and misses me by inches before accelerating down the road. This young man attempted to literally run me over.

I can say with 100 percent certainty I did nothing to provoke this action. As he sped off, I accelerated to get the license plate number, pulled over and dialed 911 as I repetitively recited the plate number over and over.

Making the incident even more bizarre was the police response. When the dispatcher answered, I responded with the plate number first so it would be recorded before I forgot it. I then said, “This vehicle just attempted to run me over three separate times and sped off.” I gave the location and was met with, “Do you wish for an officer to respond?”

“Wait, what? Do I wish for an officer to respond? Did you hear me say this guy tried to run me over three times?”

“Yes sir, but do you wish to speak to a police officer?”

I responded with a forceful “Yes” and was told an officer would respond. Seventeen long minutes later there was no response. Disgusted with the Hartford police response or lack of it, I got back on my bike and rode almost 10 minutes to my intended destination.

Maybe 10 minutes later – and 40 minutes after first calling 911 – I got a return call. The dispatcher asked, “An officer has just arrived and cannot find you. Are you still there?” I’ll skip the conversation followed.

But I can state this: Something is happening on our roads and it’s pretty scary. It’s not the rushing around part. It’s not the distracted driving part. It’s the bullying from vehicle to vehicle.

My experiences prove that as a rider you really need to have a strategy. You need to consider when you ride, where you are riding, at what time of day, and how you will ride.

I have increased my space cushions, corrected any gear issues, so I am not distracted by a worn-out Velcro flap as an example. I keep my brakes and tires in top shape and, most of all, I am very aware of my mental attitude before hitting the saddle.

If I am tense, angry or tired I make sure to be honest with myself while considering the ride I am about to embark on. Riding a motorcycle on our roads is much more than “going for a ride” any more. It’s a whole new kind of riding.

Be safe and watch out for motorcycles!

A native of West Harrison, NY and a U.S. Marine Corps veteran, Paul Siciliano is a sidecar enthusiast and Motorcycle Safety Foundation-certified instructor for the Connecticut Rider Education Program. He currently rides a 2003 BMW K 1200 RS and a 1989 Honda Gold Wing with sidecar.
Previous The Old And The Old At Indian Day
Next Harley-Davidson FXB Sturgis Keeps Rolling