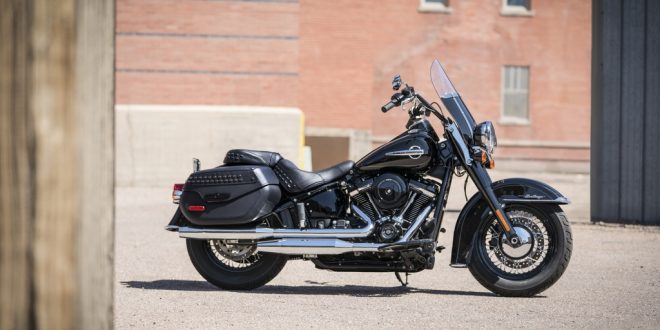 “In 2018 we delivered value to our shareholders through improved earnings and cash from operations. The challenges we experienced during the year reinforced the commitment we have for our More Roads to Harley-Davidson accelerated plan for growth,” said Matt Levatich, Harley-Davidson’s president and chief executive officer.

“Our plan addresses the challenges of today and the opportunities we see for growth ahead, and we are energized by the momentum we are building. New and different people, riders and non-riders, are taking notice of Harley-Davidson and the thrill of riding.”

Nonetheless, Harley-Davidson is anticipating another down year sales-wise in 2019, projecting total sales of 217,000 to 222,000 motorcycles.

Fourth quarter motorcycle sales in the U.S. were off 10.1 percent, while worldwide sales were down 6.1 percent.

Meanwhile, a more pessimistic view of Harley-Davidson’s future came Friday when UBS analyst Robin Farley revealed results of a survey done in September that showed the company’s core customer base, which has purchased based on passion, aging out and not being replaced by younger buyers who view motorcycles simply as transportation.

“We believe this significant divergence in incentives to buy a new bike could be what is partly behind Harley’s and broader heavyweight motorcycle industry’s challenge to tap into a new segment of younger riders to drive growth,” Farley said.

“So unless there is a generational shift among younger riders to see motorcycling as a hobby vs. means of transportation, the outlook for the heavyweight industry could continue to be more dependent on an aging demographic.”

An award-winning print and broadcast journalist, Bud Wilkinson writes the "RIDE-CT" motorcycle column and the "My Ride" vintage car feature for the "Republican-American" newspaper in Waterbury, CT. He studied journalism at Ohio Wesleyan University where he received a B.A. degree. He currently rides a 1987 BMW R 80 RT and a 2014 Triumph Bonneville.
Previous Eats: House Of Bones BBQ In Derby, CT
Next Staff Inflection: Staff Divided On Lane Splitting