How Popular Is Riding in New England? It Depends…

June 13, 2013 Comments Off on How Popular Is Riding in New England? It Depends…

How popular is motorcycling in the U.S. and, specifically, New England? It depends on where you live. It also depends on how the figuring is done, according to Bill Belei, founder and webmaster of MotorcycleRoads.com.

Belei’s gathered some stats that show that California has the most registered motorcycles and Mississippi the least (with Vermont coming in 49th out of the 5o states). However, he also determined rankings for most motorcycles per person, which show South Dakota first and Mississippi last, again. 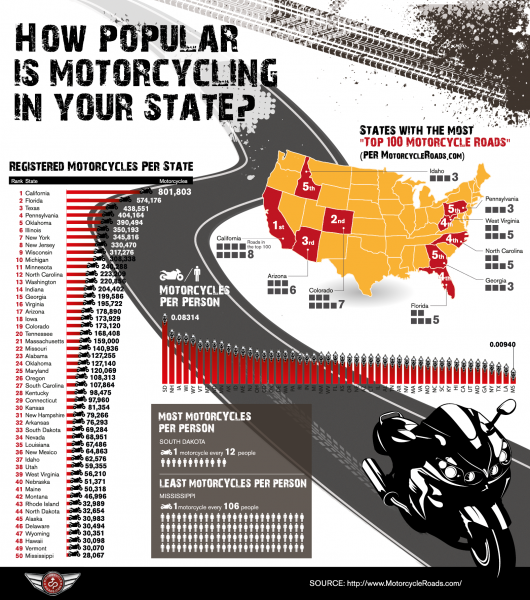 Since 2010, RIDE-CT & RIDE-NewEngland has been reporting about motorcycling in New England and portions of New York.
Previous Yamaha Introduces FZ-09 to Replace FZ8
Next Mods Versus Rockers Event Celebrates Riding History