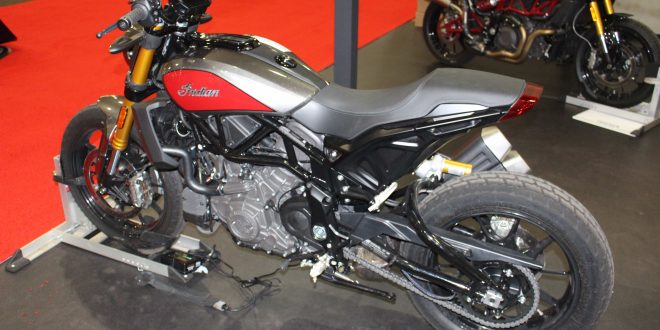 January 31, 2019 Comments Off on Indian Dealers Showing Off FTR Model

With the heavy cruiser market sagging, it’s a model that could be a game-changer for Indian – the flat track-inspired FTR 1200.

The new 2019 model isn’t due in dealerships for at least another couple of months, but Indian is making some examples available to dealerships in southern New England for brief periods to show off to riders. 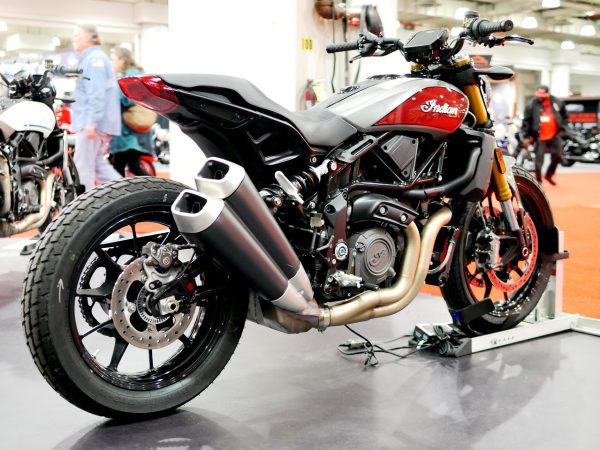 Indian Motorcycle of Springfield owner Dennis Bolduc said today that he’s already taken a few orders and views the FTR 1200 as a lure for “adrenalin-seeking Millennials.”

Eric Gaulin, operations manager of Brookfield Indian Motorcycle, concurred. “It’s a whole new segment that’s opened up. It hopefully gets us to a younger demographic,” he said.

Whereas the big Indian cruisers take customers away from Harley-Davidson, Gaulin sees the FTR 1200 as luring buyers who might have otherwise leaned toward Triumph or Ducati.

The FTR 1200 will undoubtably change the aesthetics of the showroom floor. “It’s selling to a wider variety (of customer),” Bolduc said, while acknowledging that he has taken an order for an FTR 1200 from a rider in his mid-70s. 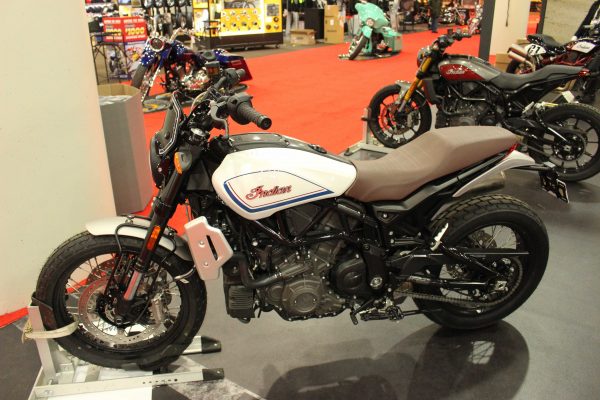 The FTR 1200 and FTR 1200 S have MSRPs of $12,999 and $14,999, respectively, and are powered by a new 1,203cc V-twin engine with approximately 120 horsepower. They use a trellis frame and feature an inverted fork front suspension. The fuel tank is housed under the seat with the air box positioned above the engine.

Brookfield Indian Motorcycle is normally closed on Mondays but will open this coming Monday evening to showcase the FTR 1200. 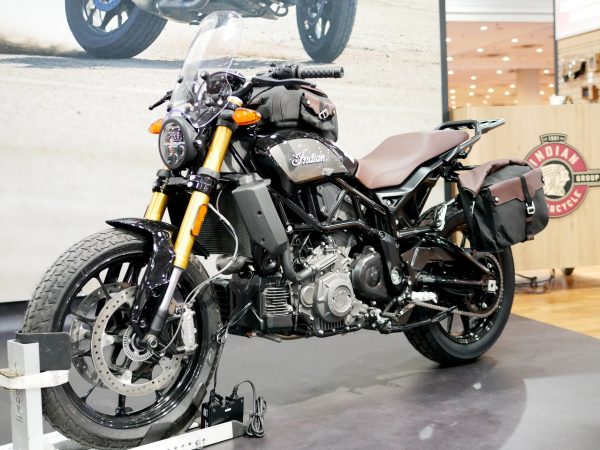 An award-winning print and broadcast journalist, Bud Wilkinson writes the "RIDE-CT" motorcycle column and the "My Ride" vintage car feature for the "Republican-American" newspaper in Waterbury, CT. He studied journalism at Ohio Wesleyan University where he received a B.A. degree. He currently rides a 1987 BMW R 80 RT and a 2014 Triumph Bonneville.
Previous Staff Inflection: Staff Divided On Lane Splitting
Next H-D Of Danbury Adds CFMOTO Products