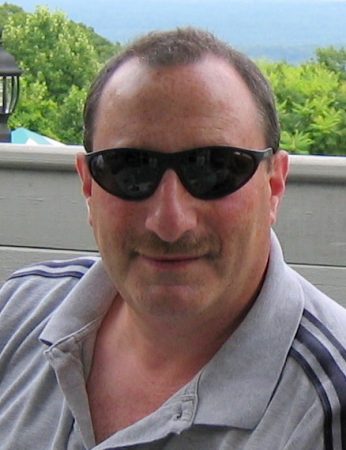 The Problem With Mopeds

Mopeds are also gaining in popularity, but I’m not sure if it is because 1) of the fuel economy and low purchase cost or 2) that there is no requirement for vehicle registration, insurance or motorcycle license endorsement.

Many people call these scooters, but this is misleading because mopeds are classified as bicycles with helper motors. Although as dangerous as motorcycles and scooters, this classification circumvents the system’s mandatory safety training and the requirement for a motorcycle endorsement.

Being a bicycle, specific laws apply that make operating mopeds different from a motorcycle or other vehicles. These laws may not be properly communicated by sellers, or understood or followed by purchasers and user of mopeds. At a recent event hosted by a motorcycle rights organization, even some of the motorcycle law-savvy members did not fully understand how mopeds fit in with motorcycles. Even some law enforcement professionals I have spoken with do not seem to know moped use requirements either.

What are the laws as they apply to mopeds? Under Connecticut General Statutes these sub-50cc mopeds are defined as “bicycle with a helper motor” and thus must follow the rules set forth for bicycles. That is in addition to some specific limitations that apply to mopeds. Other states have similar statutes. 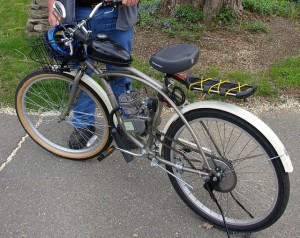 • Operators must be at least 16 years of age and have a driver’s license.
• Mopeds/Bicycles must follow all standard rules of the road including traffic lights and signs. They may not operate on a sidewalk, limited access highway or turnpike.
• Mopeds cannot exceed 30 mph.
• Mopeds & bicycles must be ridden as near to the right side of the roadway as practicable. The only exceptions are when 1) Making a left turn; 2) Overtaking and passing another vehicle proceeding in the same direction; 3) Overtaking and passing pedestrians, parked vehicles, animals or obstructions on the right side of the road; and 4) when the right side of the road is closed to traffic while under construction or repair.
• No passengers are allowed unless specifically designed for passengers.
• Mopeds/bicycles shall not be ridden more than two abreast except on paths or parts of roadways set aside for the exclusive use of bicycles.
• Persons riding two abreast shall not impede the normal and reasonable movement of traffic, and, on a laned road, shall ride within a single lane.
• State statutes prohibit operating bicycles or mopeds while under the influence of alcohol or other controlled substances.

In my opinion this poses an increasing safety risk as more people buy these and take to the streets without knowing how to operate them safely or the laws that apply.

For example, while in New Haven I saw someone operating a moped approach the busy intersection of Grasso Boulevard and U.S. 1. The rider’s skill was so poor that during the right turn onto U.S. 1, with feet and legs flailing, the operator went very wide and into the oncoming lane.

Another consideration is that without registration, mopeds do not require license tags or insurance. What happens if one of these unskilled operators strikes a pedestrian or vehicles and then flees the scene of the accident?

It is very frustrating when bicyclists and mopeds ride on streets in an unlawful manner that impedes traffic flow, and then flip off other vehicles who get frustrated because the rider is not staying to the right. Even more frustrating is that this causes a bad perception of motorcyclists because the non-motorcycling public lumps these folks together with motorcycles.

While researching information, I came across a moped-oriented web forum and there many discuss how they can get away with ignoring the laws. One comment posted states, “Act educated, because the cops aren’t when it comes to this…”

This is probably very true. How many law enforcement professionals know how to identify the difference between a moped and similar looking motorcycle that requires registration, insurance, and a motorcycle driver’s license? Other states require mopeds to be registered and have moped license plates. Others, like New Jersey, go a step further and require operators to obtain a moped license.

It is up to our state lawmakers and the DMV to put policies in place to make mopeds operators safer and to educate the public and law enforcement. Several years ago they passed legislature require a mandatory safety course to obtain a motorcycle license. Why not something similar for mopeds? It seems they are uninterested. An email query to the DMV Commissioner’s Office went unanswered.

New York native and Waterbury, CT-area resident Steve Smith is a nationally-certified Motorcycle Safety Foundation Ridercoach and  instructor with the Connecticut Rider Education Program. He began riding off-road as a youth and on-road at age 20 with a Honda CB400T. He currently rides a 2011 Kawasaki Concours 14. Smith is a graduate of Fairfield University with a degree in Electrical Engineering and a Masters in Management of Technology.
Previous Harley-Davidson Denies Claim Due To U.S. Flag
Next Aprilia Caponord Demo Tour Visits Region