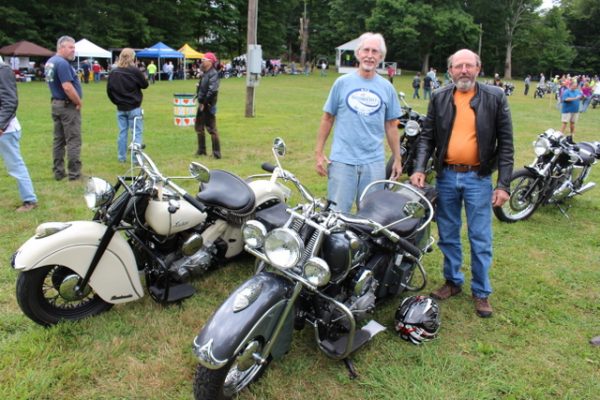 August 19, 2014 Comments Off on Vintage Indian Chiefs At Brit Jam 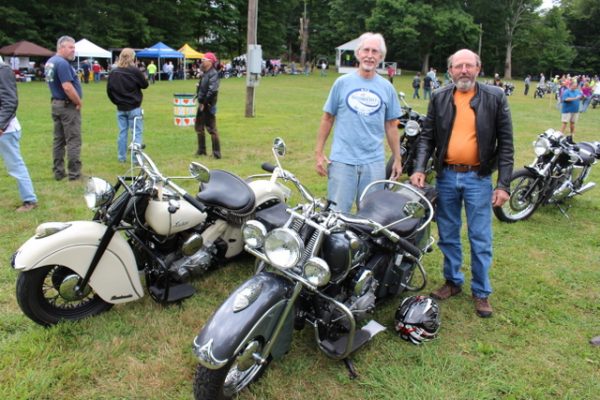 because the revived Indian models have gotten so much attention, but my head always turns when an Indian appears. And two antique Chiefs that ended up parked side by side on the show ground at the annual Brit Jam rally on Sunday were certainly worthy of 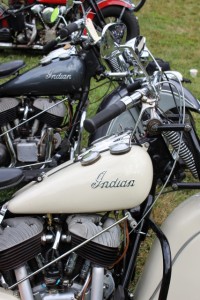 Rick Haack of Vernon, CT (pictured on the right at top) was the first to arrive on his gray 1948 Chief. He’s owned it for four years, having purchased at auction out of Florida. Getting it fulfilled a dream as his brother had a 1946 Chief when he was a teenager. “That was my first ride,” he said.

Pulling in second was Rich Barger of Bolton, CT (pictured at left) on a white 1948 Chief that he got last year. The previous owner had it for 20 years. “The bike has never left Connecticut or Massachusetts since it was built,” he said. While Barger say its fun to ride, he added, “They’re like tractors. You have to get used to that foot clutch.”