A life-long print and broadcast journalist, Bud Wilkinson is a native of Harwinton, CT. He is a graduate of Vermont Academy in Saxtons Rivers, VT and Ohio

Wesleyan University in Delaware, OH where he earned a B.A. in journalism. 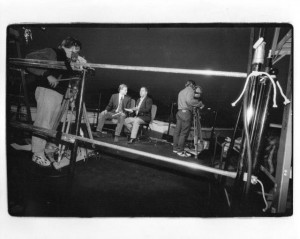 In 1997, Wilkinson launched the radio show “Broadway’s Biggest Hits,” which became nationally syndicated a year later, airing nationwide on such stations as K-Surf in Los Angeles, KABL in San Francisco, KEZW in Denver, CKWW in Detroit, KOY in Phoenix, KIXI in Seattle, WOKY in Milwaukee and WDRC in Hartford, .

For the past 14 years, he has written the RIDE-CT motorcycle column for “The Republican-American” newspaper in Waterbury, CT. He currently rides a 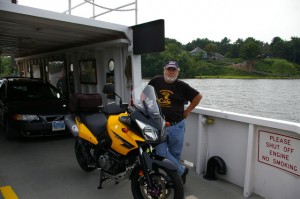 Besides writing the column and hosting this website, Wilkinson also writes occasionally for “Motorcycle Classics” magazine. He has been riding for 14 years.