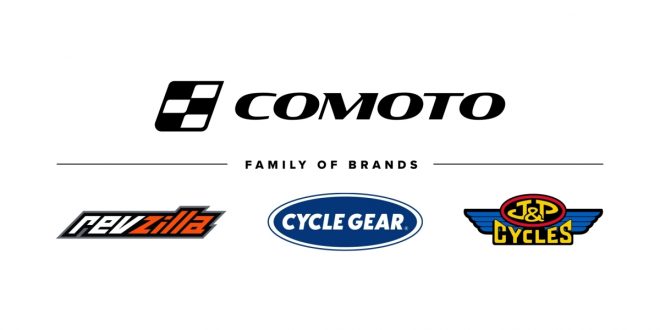 SACRAMENTO – The parent company of RevZilla, Cycle Gear and J&P Cycles has agreed to pay nearly $2 million to settle a dispute with the California Air Resources Board and “resolve alleged violations related to the sale of non-exempted add-on or modified motorcycle parts in California.”

The settlement between Comoto Holdings and CARB was announced Tuesday. Comoto will pay a total of $1,937,500.

“We take the sale of uncertified parts seriously as it can lead to significantly higher emissions that impact the health of California residents,” said CARB Executive Officer Richard Corey. “It is also unfair to the vast majority of manufacturers who comply with clean air requirements.”

In a press release, CARB said that it “found that Comoto’s subsidiaries advertised, sold, and offered for sale, add-on or modified motorcycle parts without legal exemptions to California’s anti-tampering laws.

“CARB also rejected the assertion – often made by parts manufacturers and retailers – that all the subject parts were sold for ‘race use’ and therefore exempt from anti-tampering laws.”

The website “Asphalt & Rubber” reported that the subsidiaries involved were RevZilla and Cycle Gear and that they “advertised, sold, and offered for sale roughly 7,750 motorcycle parts that did not have legal exemptions to California’s anti-tampering laws for emission controls.”

CARB said that under California law, “Retailers and distributors must ensure the parts they sell have been evaluated by CARB prior to sale and proven not to reduce the effectiveness of the emission control system.

Since 2010, RIDE-CT & RIDE-NewEngland has been reporting about motorcycling in New England and portions of New York.
Previous Rider Training Classes Resume In Vermont
Next Eats: Ice Cream At Arethusa Comes Straight From Pasture
NEW POLL: Should motorcycle dealers have on-site events where they sell or serve beer or other alcoholic beverages?