HARWINTON, CT – Sorry, CPTV. You can spin it any way you want, but I feel betrayed and ripped off by the shutdown of CPTV4U, and the rebranding of CPTV Sports to CPTV Spirit on Monday.

For those who watch TV via cable and have hundreds of choices, CPTV’s closure of one of its three digital over-the-air channels may not seem like a big deal, but to this cord-cutter, it is. I gave up cable about a year ago after concluding that paying for dozens upon dozens of cable channels that I never watched was nonsensical and wasteful.

Instead, I purchased an indoor TV antenna – one that looked nothing like the rabbit ears of my youth – and reconnected with the “free TV” of yesteryear. The HDTV picture is superior to that offered by my cable company and, depending on the weather and the foliage on the maple trees in my yard, I’ve been able to receive anywhere from 13 to 18 channels.

The only cable channels that I’ve truly missed are NBCSN (for Premier League soccer) and MSNBC (for Rachel Madow), but having three CPTV choices helped make up for it. Until Monday. 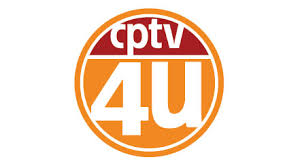 On its website, CPTV says the CPTV4U channel has been “retired.” What this means, for example, is no longer are there two opportunities to watch the “PBS NewsHour” weeknights – live as it was telecast at 6 p.m. on CPTV4U and delayed at 7 p.m. on CPTV. There’s only the delayed version now. In an era of presidential Tweeting and White House staff changes, an hour is forever.

CPTV is giving a wishy-washy explanation for the crashing of one channel, depriving viewers of one-third of the programming that they formerly received. It hints of traditional viewer attrition by noting “some CPTV viewers prefer to watch programming on computers and mobile devices and through streaming and on-demand services” and by adding that “CPTV must adapt and change with the times to stay relevant for our audience — many of whom support us as members and donors.”

While I’ve never donated to CPTV, my increased usage over the past year was making me feel guilty to the point where I was about step up, especially after being enticed by the opportunity to stream so many shows in the PBS vault by ponying up some cash. Hey, if ESPN can cull a $7.21 per month subscriber fee from cable customers, sending CPTV a check for $100 or more only seems fair. Right? Losing a channel has dampened my enthusiasm to contribute.

Why the big change? It has to come down to money. Programming can be expensive. By trimming one-third of the programable inventory, CPTV can substantially cut programming costs, not an unwise move when faced with federal budget proposed by President Donald Trump, who wants to eliminate all federal funding of PBS.

Speaking to television critics in Los Angeles on Sunday, PBS president and CEO Paula Kerger said that without federal funding “PBS itself will not go away, but a number our our stations will.” Kerger was referring primarily to small stations in rural areas, not entities such as CPTV, which will more easily withstand a loss of federal revenue.

While my head understands the elimination of CPTV4U and the rebranding of CPTV Sports, my gut feels shortchanged. It may take a while for my anger to dissipate. I may yet contribute to CPTV.

Or, with my programming choices now cut, I may just subscribe to Hulu or Netflix instead. If I do, the reason behind the decision will be traceable to CPTV’s downsizing.

Since 2010, RIDE-CT & RIDE-NewEngland has been reporting about motorcycling in New England and portions of New York.
Previous Riding Abandoned Route 8 In Colebrook River Lake
Next 1935 Nimbus Stands Out At Hebron Show