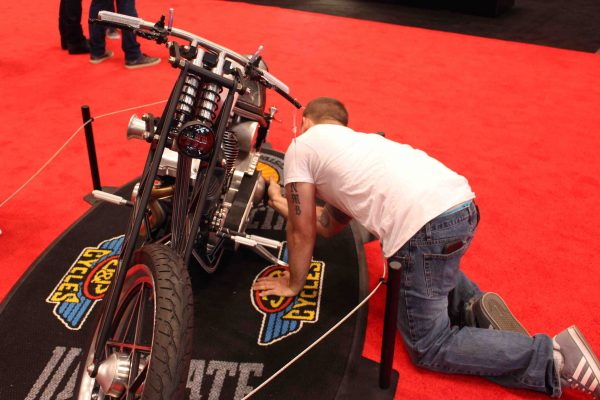 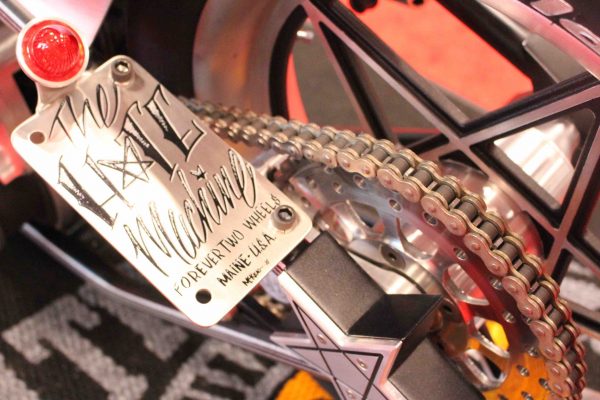 The competition, which is a show within a show at the Progressive International Motorcycle Shows, wrapped up Sunday in Chicago with the last of seven tour stops across the country. Beaulieu was on hand when the overall winner was announced.

Beaulieu’s winning creation was dubbed “The Hate Machine” and features a pentagram theme. Besides winning the best of show for the competition, it also won in the Freestyle category. The bike and its creator were featured in a story on RIDE-CT & RIDE-NewEngland in December when “The Hate Machine” was shown in New York City.

This was Beaulieu’s third year of entering the show and the first time that he’s won “King of the Builders.” He won a cash prize of $10,000.

Beaulieu credited the bike’s simplicity as a possible reason for his taking home the top prize. “I think that it is a clean, rideable, overall functional motorcycle. You can hop on it and ride,” he said, adding that he plans to take the prize money to build another bike for the upcoming “Hot Bike” Tour and Bike Build-Off.

Having won, though, the stakes are higher. “I feel like winning this, I’ve got a lot of eyes on me,” he said.

Since 2010, RIDE-CT & RIDE-NewEngland has been reporting about motorcycling in New England and portions of New York.
Previous BMW Reveals Some 2017 Prices
Next National Powersports Is A Used Bike Bazaar