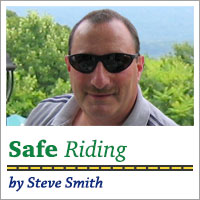 March 14, 2016 Comments Off on New Curriculum For Training Classes

The most-used motorcycle training curriculum used throughout New England, the Northeast and across the country is the one

provided by the Motorcycle Safety Foundation (MSF). The MSF’s Basic Rider Course (BRC) has been the entry point to motorcycling for many, many riders.

The MSF uses a continuous-improvement process on its curriculum and has updated it as needed over the years with modern learning methods to meet student needs. The last time there were sweeping changes was nearly 10 years ago.
In 2013, the MSF announced that a change to its curriculum was forthcoming and state programs began learning about the Basic Rider Course Updated (BRCu). 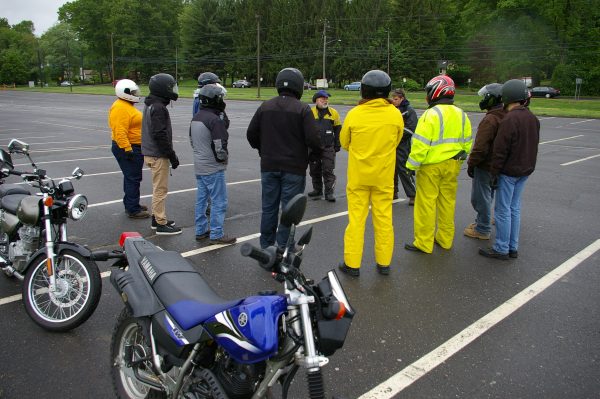 It is not an easy or short task to prepare and train a staff of instructors. CONREP began planning the switch when the new curriculum was announced in 2013. In 2014, they introduced and trained instructors to use the new student workbook and classroom materials and incorporated them into the current program. By the end of 2015, more than 85 percent of the state’s instructors were trained and certified. The remainder will be retrained in spring 2016. 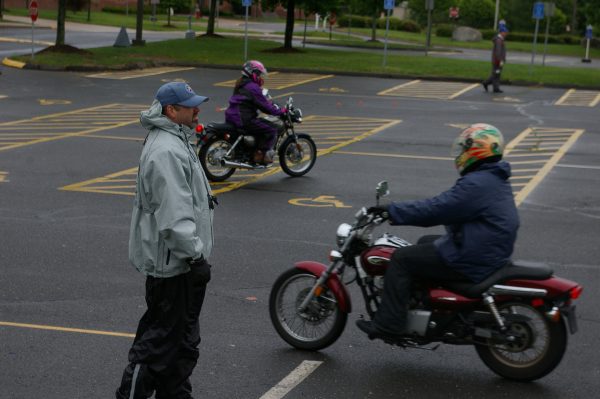 The new curriculum rolled out to students Spring 2015 once there were a sufficient number of instructors. I completed BRCu certification requirements in July 2015 and have been using the new curriculum exclusively since.

What’s different? I’ll get to that in a moment. First, let’s take a quick step back in time.

The origins of modern motorcycle safety training content can trace roots back to a study commissioned by the National Highway Traffic Safety Administration (NHTSA) in 1976 and contracted to the University of Southern California Traffic Safety Center. Their report published in 1981 – “Motorcycle Accident Cause Factors and Identification of Countermeasures” – became more widely known the “Hurt Report,” named after Professor Harry Hurt who led the study.

The report is backed up by the analysis of data from thousands of motorcycle accidents. The findings fall into these categories: 1) Accident and injury Causes, 2) Protective Equipment and 3) Countermeasures. 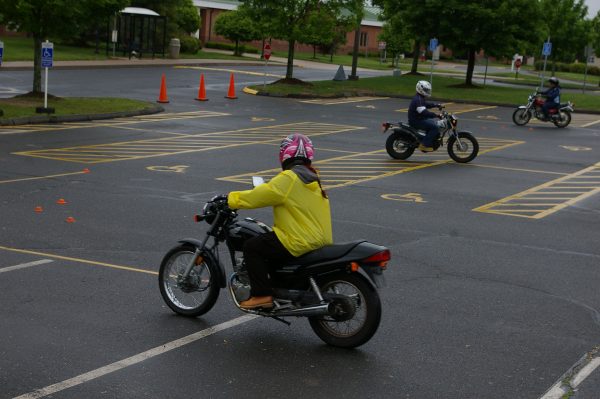 As an incentive to seek out and complete training, graduates were often eligible for insurance discounts and incentives from motorcycle distributors. In most cases, especially those where the training is mandatory, successful completion of the course provided the new rider with a waiver for the riding skill test portion of their state’s license exam requirements.

According to the MSF website “efforts are being applied toward the real-world goal of improving student outcomes through contemporary rider education programs.” 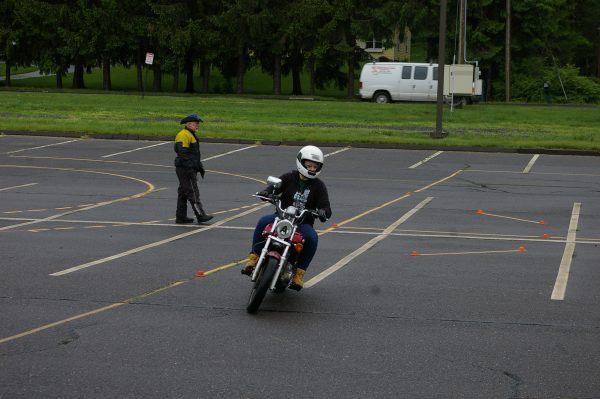 Over the past few decades the traditional role of “drill instructor” type motorcycle instructor has given way to rider coach. The new program is designed to present material to the student riders in a way that allows self-discovery of the important concepts and skills, with the instructors facilitating the learning, coaching skill development and providing tips for improvement.

The new program actively promotes continual self-assessment by the students throughout the classroom and on-cycle portions of the course. Student rider requirements and expectations are set early on and they are reminded on multiple occasions that if they become a hazard to themselves or others at any time during the course they will not be allowed to continue.

The classroom brings in topics, learning activities and range exercises that have demonstrated to be effective from some of their other newer courses and modules. The classroom work is performed by the students working in small groups to review content in the provided rider handbook. Each group is assigned specific pages and topics to review, and related study questions located in the back of the handbook are referenced.

After a few minutes each group reports to the class the meaningful information discovered for their topics. Also included are some fun activities that help to reinforce some of the learned topics of reaction time, peripheral vision, perception, and impaired ability. The students anonymously self-assess at the beginning of the course and have a chance to update their self-assessment ratings at any point. 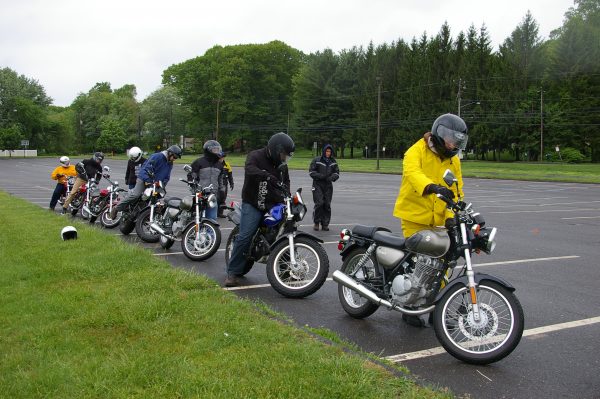 Moving on to the on-cycle riding time…

There are fewer exercises in the new curriculum with more time spent in each one. The first few range exercises are nearly identical to the previous curriculum except there is accelerated basic control learning and practice. Riders perform simulated practices after viewing a demonstration. These allow development of needed muscle memory on a static motorcycle before the riding skill practice.

The new program has more exercises that take advantage of split and repeated-split methods, where half of the riders watch the others perform the exercise and then the groups swap. This provides time for student riders to observe others performing the skills and reflect on their effort. Later exercises bring in more curve practice and traffic mix situations.

Due to each exercise being a building block to the next, the program emphasizes continually to the students that they may not be allowed to continue if they have not demonstrated the skills needed in an exercise or if they become a danger to themselves or others. The self-assessment helps individuals realize difficulties before problems arise and address the need for remedial action of retaking the course another time from the beginning. Most often this is not the case, and instructors and students notice progress with each exercise.

Nearly all instructors I have queried who completed the certification and have taught several classes using the updated curriculum really like it. Even those who had doubts changed their minds after conducting a few courses. They see the accelerated improvement the student riders achieve compared to the old program.

At the annual instructor program update and training in early February we learned that the BRCu2 will be rolled out over the next year or two. This is the program for experienced riders who already have a motorcycle endorsement. It focuses on the same skill development and practice of the old experienced rider program, but uses the new exercise format.

Skills include low speed control, stopping quickly, turning from a stop, stopping in a curve, limited space maneuvers and avoiding hazards. Since many of the concepts and exercise facilitation is similar, instructors will only need to study and self-certify by taking an online test with MSF. They will then be ready to facilitate this course when CONREP decides to roll it out sometime in 2016 or 2017.

New York native and Waterbury, CT-area resident Steve Smith is a nationally-certified Motorcycle Safety Foundation Ridercoach and  instructor with the Connecticut Rider Education Program. He began riding off-road as a youth and on-road at age 20 with a Honda CB400T. He currently rides a 2011 Kawasaki Concours 14. Smith is a graduate of Fairfield University with a degree in Electrical Engineering and a Masters in Management of Technology.
Previous “Presidential Drift” At Lime Rock Goes Viral
Next An Event For Every Rider In 2016