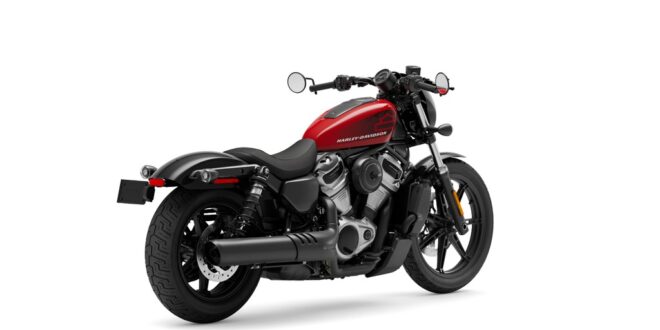 MILWAUKEE – It was 65 years ago that Harley-Davidson launched its Sportster model, which became its entry-level line of motorcycles. Numerous Sportster variants have been produced over the decades, including the Nightster with a bobbed rear fender and side mount license plate between 2007 and 2012.

Today, Harley-Davidson revived the Nightster name with a new 2022 model that is powered by a new Revolution Max 975T engine. It’s a liquid-cooled, 90-horsepower, 975cc V-twin that gets 52.4 miles per gallon.

The Nightster has a 3.1-gallon tank that’s tucked beneath the seat, which has a height of 27.8 inches. There’s a six speed transmission, along with ABS and traction control. There are three ride modes – Road, Sport and Rain. The gas tank filler is accessed by lifting the seat.

The spot behind the handlebars where the gas tank normally straddles the frame is where the engine intake air box is found.

The new Nightster is due to arrive in dealerships this month. It has a base MSRP of $13,499 in black and $13,899 in red or grey. Harley-Davidson says, “This all-new motorcycle combines a classic Sportster model silhouette with the on-demand performance of the new Revolution® Max 975T powertrain.”

More information on the Nightster may be found on Harley-Davidson’s website.

Hello! If you enjoyed this story, please share it with other motorcyclists by clicking on the social media buttons below.

Since 2010, RIDE-CT & RIDE-NewEngland has been reporting about motorcycling in New England and portions of New York.
Previous Safe Riding: Another Season Of CONREP Instruction
Next Oil Drippings, Including New Royal Enfield Model