September 11, 2011 Comments Off on Rice-O-Rama, The Vintage Japanese Treat 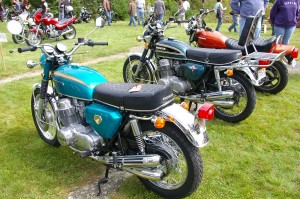 Rice-O-Rama vintage meet in North Brookfield, Mass. on Sunday. The show ground was filled with some sparkling examples of motorcycling’s past from the Land of the Rising Sun, including these two Honda CB750 Fours.

Picking a favorite motorcycle from the hundreds on display on the show ground and in the parking lots was impossible considering the variety of brands and styles — from stock to cafe. One standout show bike was a six-cylinder Honda CBX. In fact, there were two CBX’s on display. 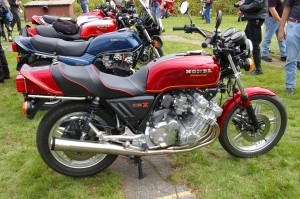 Near the pavilion, there was a line of cafe racers, including a modified 1972 Honda CB450 that belonged to Kevin Dinsmoor of Colchester. It received a frame-off redo, given an extended swing arm, a handmade gas tank, seat and handle bars, and an engine upgrade.

“Everything’s powder-coated or polished. It goes as fast as it looks,” said Dinsmoor of his finished product (green and black, second from bottom below). 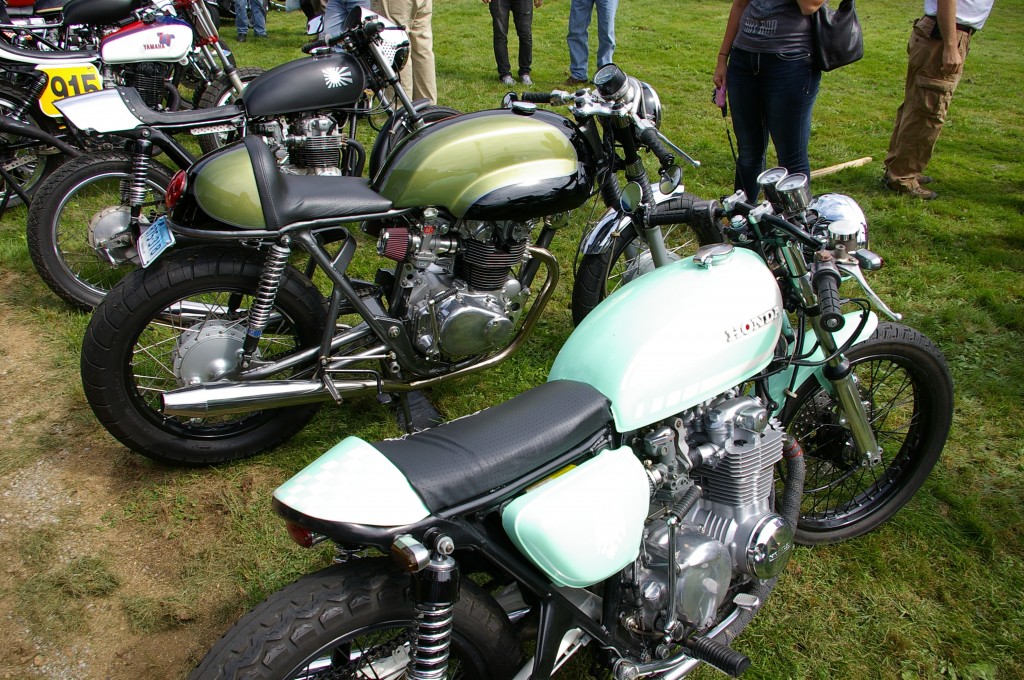 The fact that Rice-O-Rama is a Japanese meet means that bikes from any other land get classified as “Foreign,” which caused some laughs when the sign appeared in front of two classic Indians that were made not too far away in Springfield. Check out the prices. 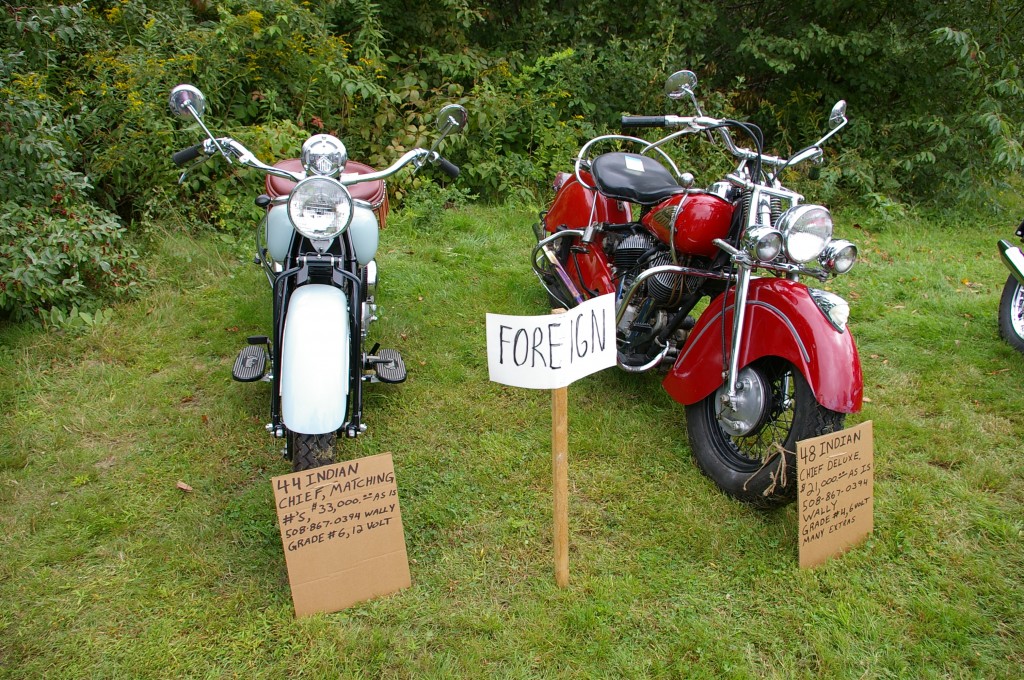 So successful has Rice-O-Rama become that organizers are now considering turning it into a two-day event next year. It’s a meet that’s certainly worth the ride, and for RIDE-CT that ride totaled 170 miles. Here’s one more shot from Rice-O-Rame 2011. 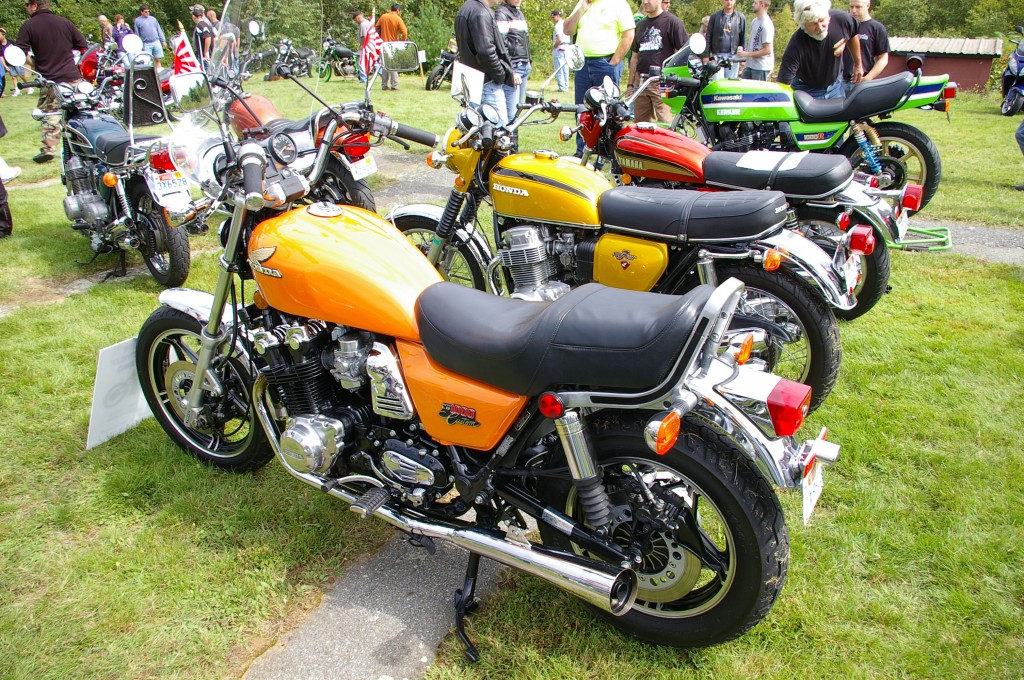 Since 2010, RIDE-CT & RIDE-NewEngland has been reporting about motorcycling in New England and portions of New York.
Previous Two Paws Up For Harley Commercial
Next Road Trip For Newest Bike In RIDE-CT Stable