Well, I finally understand first-hand how and why the Japanese put the British bike industry out of business in the 1970s. All it took was a 180-mile road trip on the 1974 Honda CB750 Four that I acquired on Friday. It was smooth running from start to finish with no vibration, no oil leaks, no dropped parts and no worries. 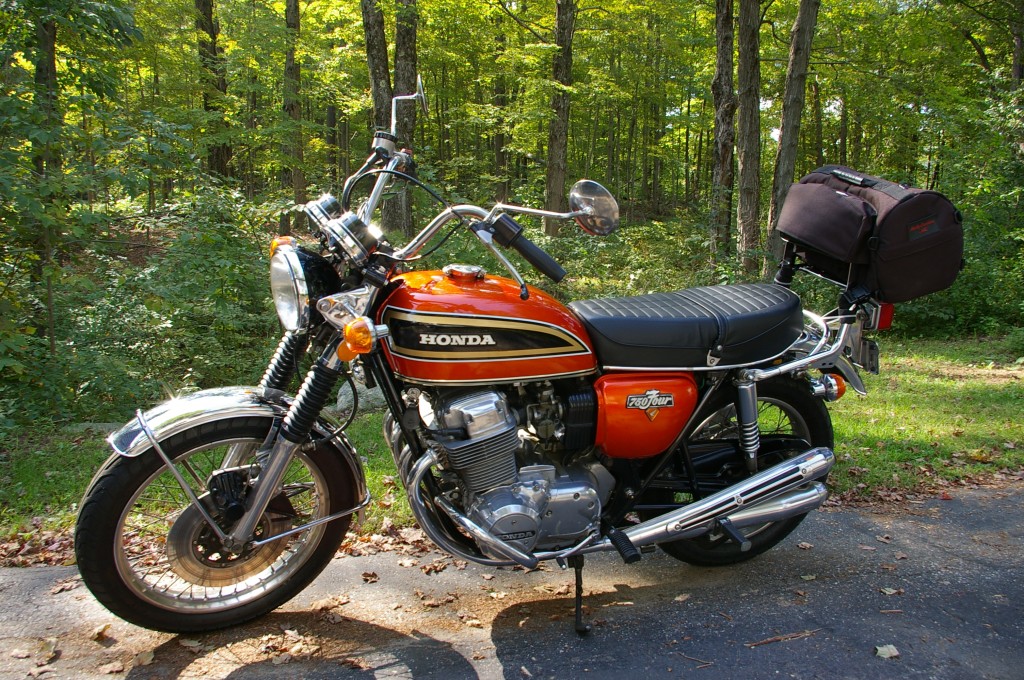 Unlike the 1969 Triumph 100R Daytona, which requires constant attention and a drip pan under the motor, the CB750 has so far acted more modern than antique. While the brakes may not be up to today’s standards and the clutch lever needs some adjusting, it ran flawlessly in Sunday’s run to Rice-O-Rama in North Brookfield, Mass. and cruised easily at between 65 and 70 mph on I-84. 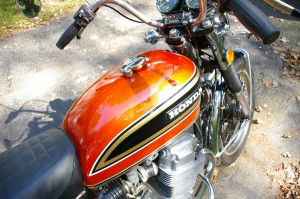 After stopping in a rest area, I tested the kick-starter for the fun of it and it fired on one kick. The only odd design element is the placement on the petcock on the ride side of the bike. That means if you’re riding along and the bike begins to sputter from lack of gas, you must remove your hand from the throttle to turn the petcock to “reserve.” Otherwise, there’s nothing not to like about it. Can’t wait to log some more miles – and soon. 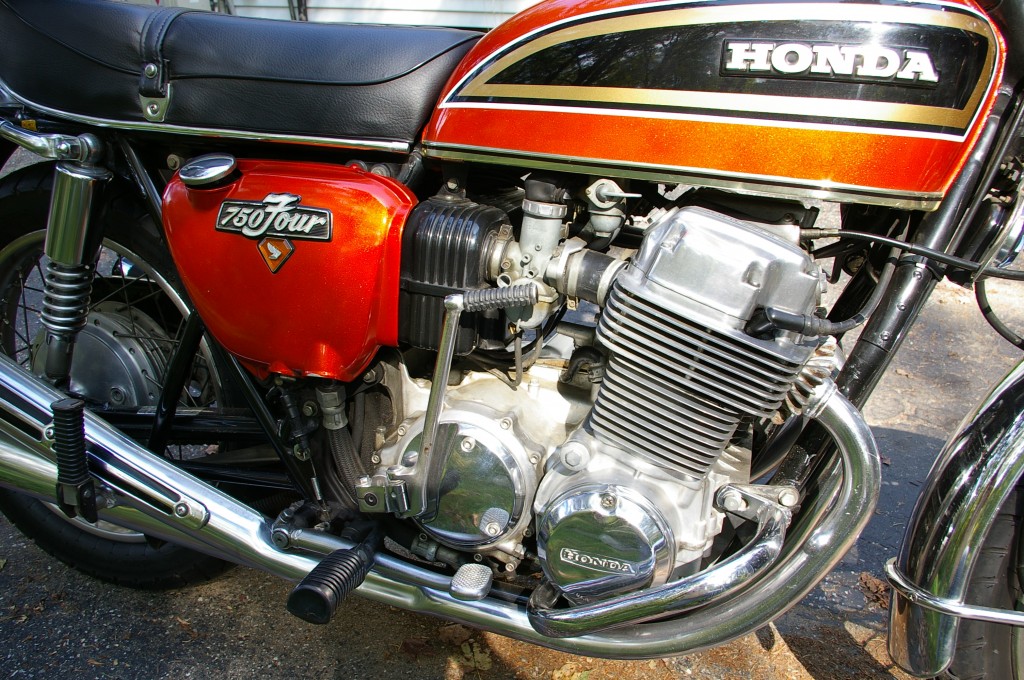 Since 2010, RIDE-CT & RIDE-NewEngland has been reporting about motorcycling in New England and portions of New York.
Previous Rice-O-Rama, The Vintage Japanese Treat
Next Ridership Holding Steady In Connecticut