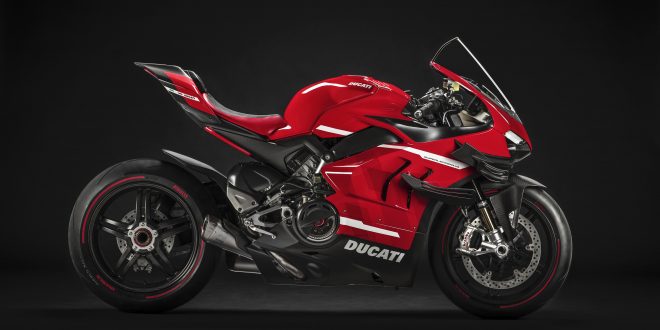 It’s The Week in Review for the week ending Feb. 8 – news nuggets, info from press releases, and other oil drippings culled from near and far:

A hearing held by the House Transportation Committee on a legislative bill that would make helmet use mandatory by motorcyclists in New Hampshire got no traction on Tuesday.

Committee chair George Sykes reported that 259 people signed up to oppose the bill, while only four planned to support it. The “Laconia Daily Sun” has the story.

Ducati says the Superlegerra V4 is the “only street-legal motorcycle in the world with carbon fiber chassis, swingarm and wheels,” hence the light weight.

Ducati plans to produce five examples per day and will begin deliveries in June.

A New Look For “Easyriders”

“Easyriders” has been retooled under new ownership. The magazine, founded in 1970 and aimed at Harley-Davidson enthusiasts, has been taken upscale by new owner Pepper Foster.

“We’ve taken it from what it was, well, more trashy, to now being almost like a GQ for bikers,” he told “WWD,” which has more details. “It’s more lifestyle now, with a different style of shots.”

The magazine has printed 600,000 copies a month. It will now be issued quarterly.

Have a news tip? Let us know: budw@ride-ct.com.

Since 2010, RIDE-CT & RIDE-NewEngland has been reporting about motorcycling in New England and portions of New York.
Previous Dutch Artist Turns Bike Parts Into Bold Avian Sculptures
Next South Windsor’s Mayor Had A Legitimate Point On Noise