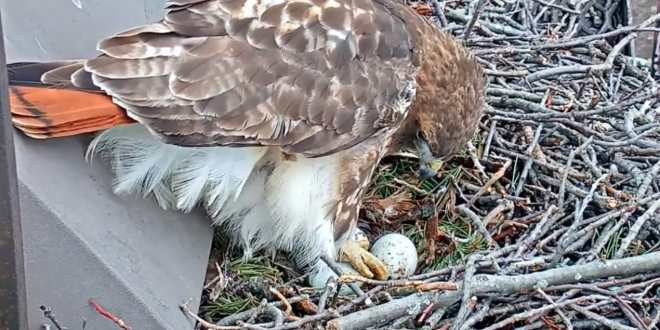 Courtesy of The Cornell Lab

15 Things I’ve Learned From The Pandemic

The ongoing COVID-19 pandemic has been a stressful time for all, causing reactions ranging from fear to reflection. Some people have reacted with brute selfishness by hoarding toilet paper and hand sanitizer while others have shown generosity by handing over N95 face masks to health care workers.

Two weeks ago, before any state guidance, I chose to hunker down and have only ventured out by on four wheels on three brief occasions and all within three miles from home. I’ve also taken a couple of motorcycle rides, but mostly I’ve been home, and I’ve learned a few things during that time.

This “education through isolation” has been acquired as my emotions have roller coastered (if there is such a word). I’ve gone from calm and confident to testy and offended at the drop of a Facebook post.

Among the lessons that I’ve learned or have had amplified…

My neighbors are great people. I’ve always enjoyed and appreciated the folks in the ’hood for their friendliness and willingness to help in any situation. However, to wake up one morning to find a nine-pack of toilet paper on my back porch, having mentioned earlier that I was on the verge of getting low, was so nice.

Canadian Club whisky with Barq’s root beer as a mixer tastes fine, if a bit sweet, when you’re out of ginger ale or 7-Up.

It is possible for a single person to lay in a supply of food that lasts two weeks or more, instead of shopping on an almost daily basis to satisfy the whim of the moment.

It doesn’t take as much toilet paper to do the job as I’ve long thought and practiced. Money savings in the future here!

The Cornell FeederWatch cameras can have a calming influence. Nice to see Big Red (pictured at top) back on nest.

No matter how bad the pandemic gets, watching the streaming press briefings of New York Governor Andrew Cuomo is reassuring. The man is in command of his facts and appears to have a plan and a well-functioning team.

The initial fear caused by the spread of COVID-19 didn’t last more than a week. Sure, there are still moments when the specter of continued confinement is daunting, but the overall stress level has become manageable with time.

Some businesses may view themselves as “essential” but they really aren’t. Ice cream? Guns? Golf? Really?

More and more folks are getting their news from tainted, fringe sources instead of professional news-gatherers, at least if shared posts on Facebook can be believed. And this goes for both sides of the political divide. Just because a story buttresses a person’s way of thinking doesn’t make it thoroughly accurate, and too few people exhibit the intellectual curiosity or know-how to fact check what they read.

It’s going to be a bumper season for ticks, at least that’s what some walks in the woods suggest.

Being stuck at home sure cuts down on unnecessary and impulse spending. I do wish Amazon would ship the 8TB external hard drive that I ordered two weeks ago as I need it for work. So much video, so little space.

Warmer spring weather can’t get here fast enough. I’ve never anticipated doing yard work and gardening this much. I foresee a much smaller lawn and lots more flowers for a neighbor’s bees to utilize.

Rationing news consumption, instead of gorging, can reduce the worrying.

Having said that, I’ve subscribed to two more newspapers recently and plan to subscribe to more. Not only does the pandemic threaten lives, it also threatens the future of many news organizations…

As much as I’d like to be supportive, I can’t bring myself to do takeout food from any restaurant. The chance of someone having sneezed on my order strikes me as being too great.

Bud Wilkinson writes the "RIDE-CT" motorcycle column and the "My Ride" classic car feature in the "Republican-American" newspaper in Waterbury, CT. A prep school graduate of Vermont Academy, he received a B.A. degree journalism from Ohio Wesleyan University in 1975. He is the recipient of a Scripps Howard Foundation National Journalism Award in 1992 and a 1991-92 regional Emmy Award for commentary. He currently rides a 1987 BMW R 80 RT and a 2014 Triumph Bonneville and drives a 2010 Mazda MX-5 Miata and 2008 Ford Ranger pickup.
@https://twitter.com/ridect
Previous Readers Say They Rode More In Winter; New Poll Posted
Next BMW Releases R 18 Cruiser Models