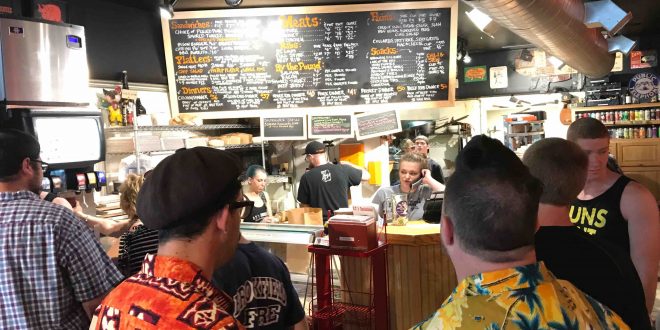 STURBRIDGE, MA – It was mid-afternoon Sunday and the line at the counter at B.T.’s Smokehouse at 392 Main St. (Route 20) was nearly backed up to the front door. The inside tables lining the side walls were mostly filled and maybe a dozen other sweating Southern BBQ lovers were patiently standing around awaiting

their food and hoping to score a place to sit.

The day was sweltering but that certainly hadn’t deterred them from showing up. Motorcycles could be seen both in the parking lot behind the building and parked on the pavement adjacent to the sidewalk out front. Like me, some of the riders had just left the annual IMOC meet at the nearby Hamilton Rod & Gun Club.

To occupy time until ordering, I raised my DSLR camera and started snapping pictures. That is, until the harried girl with blue-dyed hair assembling orders behind the counter curtly told me to knock it off with the flash. I explained that the flash was automatic and only went off when needed. “It’s distracting,” she irritatedly snapped back, making it clear that my photo session wasn’t welcomed. I lowered the camera and meekly waited my turn in line.

A short time later, the equally-busy order-taker who was also juggling phoned-in orders greeted me in just the opposite manner – with enthusiasm and a friendly smile. Knowing the size of the line behind me and how many orders were ahead of mine, I kept it simple – quickly ordering a half-pound of pulled pork, a cup of cole slaw and a bottle of water.

With more time now on my hands, I elbowed my way around the place, noticing framed newspaper stories that told of how Brian Treitman opened B.T.’s Smokehouse in 2009. The menu board above the counter also supplied reading material, while a big-screen television in the seating area showed the New England Patriots’ game (just not when I had snapped a picture). Somehow, though, I was already suffering from NFL fatigue. 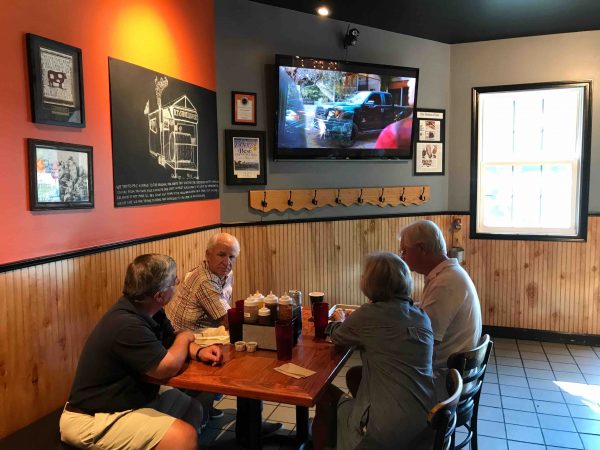 Suddenly it dawned on me. Skip the DSLR and take pics with the iPhone. That wouldn’t be distracting, and it wasn’t, which enabled me to get all the shots that I needed. 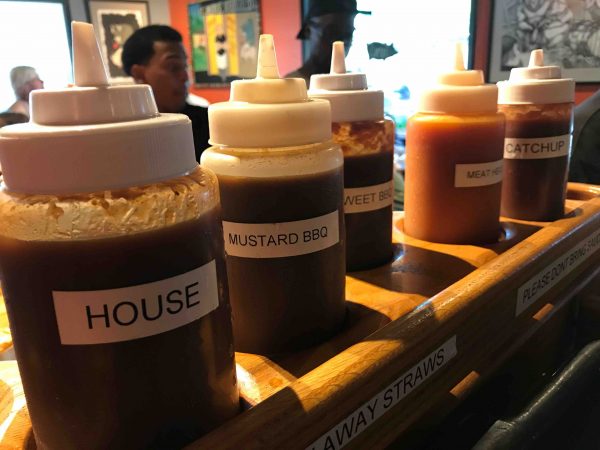 My order eventually got called, handed to me by the camera-sensitive employee, and I headed to the stand-up counter in the middle of the room to nosh solo. On a whim, I grabbed some House sauce to slather on the pork. It wasn’t too sweet and wasn’t too tart; just a flavorful addition to the tender, filling meat. I knew very quickly that I had ordered too much. 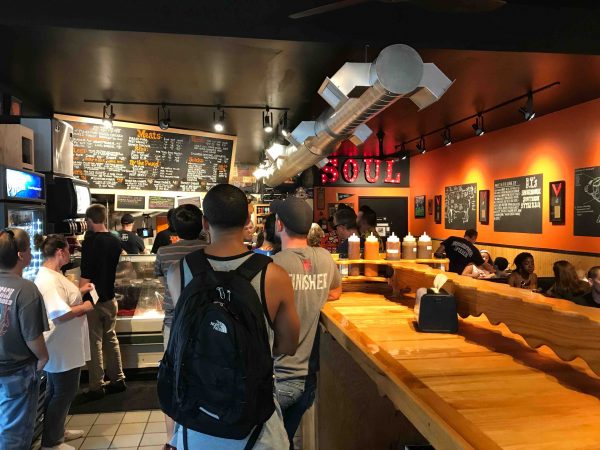 What struck me about B.T.’s Smokehouse – in addition to the tastiness of my meal – was the spectrum of folks eating there. Barbecue, it seems, appeals to just about everyone. The BBQ choices are many – check out the menu board – and the uniform patience of the customers speaks volumes about the quality of the offerings. 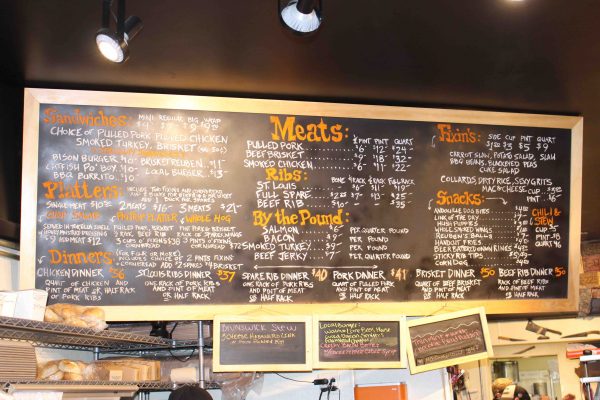 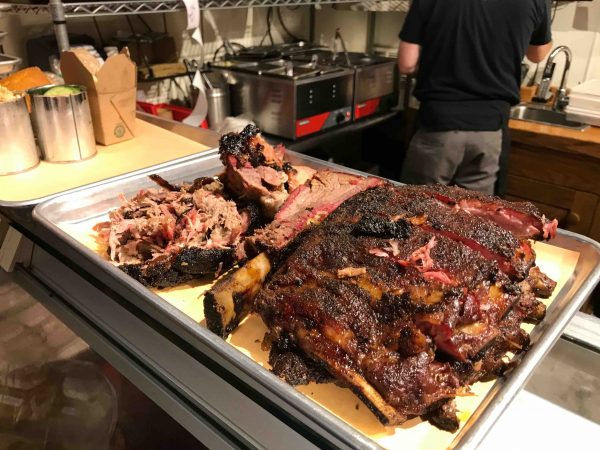 In checking out the restaurant’s website upon getting home, I did notice one ironic headline in a section devoted to photos. It said, “Take a picture … it’ll last longer!”

Geez, I did, and got yelled at for it.

Bud Wilkinson writes the "RIDE-CT" motorcycle column and the "My Ride" classic car feature in the "Republican-American" newspaper in Waterbury, CT. A prep school graduate of Vermont Academy, he received a B.A. degree journalism from Ohio Wesleyan University in 1975. He is the recipient of a Scripps Howard Foundation National Journalism Award in 1992 and a 1991-92 regional Emmy Award for commentary. He currently rides a 1987 BMW R 80 RT and a 2014 Triumph Bonneville and drives a 2010 Mazda MX-5 Miata and 2008 Ford Ranger pickup.
@https://twitter.com/ridect
Previous Lynde Motorsports Owner, Wife Injured In Crash
Next Ural of New England Expands Into NH