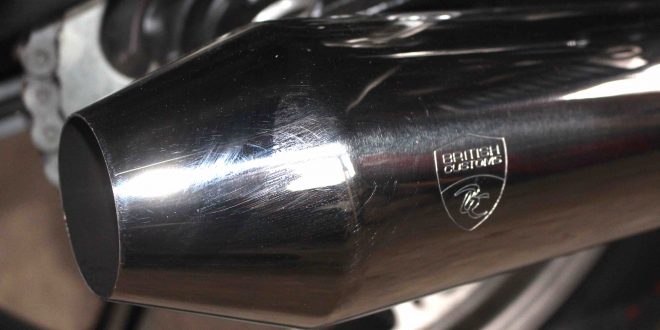 June 8, 2019 Comments Off on Brits To Tackle Loud Exhaust Pipes With “Noise Cameras”

LONDON – Nothing ticks off non-riders more than excessive motorcycle noise and now the government in the U.K. has come up with a prototype “noise camera” to detect drivers and riders who break legal noise limits.

The new noise cameras will be deployed and tested over the next seven months and “could work like speed cameras to target law-breaking drivers automatically.”

The system will use “automated number plate recognition to help enforce the law,” the press release noted.

Grayling said he is “determined to crack down on the nuisance drivers who blight our streets” and that the new “new technology will help us lead the way in making our towns and cities quieter.”

Up until now, just like in the U.S., enforcement of noise ordinances in the U.K. has largely been a matter of subjective judgment. Noise cameras have the potential to remove the guesswork.

Commenting on the implementation of noise camera technology, Motorcycle Industry Association CEO Tony Campbell noted, “All manufacturers produce new motorcycles that follow strict regulations regarding noise and emissions and we welcome these trials as a potential way of detecting excessive noise in our community.”

Campbell also said, “With growing pressure on the environment, including noise pollution, illegal exhausts fitted by some riders attract unwanted attention to the motorcycle community and do nothing to promote the many benefits motorcycles can offer.”

The noise cameras will be tested at several locations. If the trials are successful, the system may be further developed across the U.K.

The press release said that besides disturbing residents, noisy vehicles are also a health risk to operators.

“Studies have found that exposure to noise can have significant physical and mental health implications – with heart attacks, high blood pressure, type 2 diabetes and stress all linked to long-term contact with loud environments,” the press release stated. ”

Bud Wilkinson writes the "RIDE-CT" motorcycle column and the "My Ride" classic car feature in the "Republican-American" newspaper in Waterbury, CT. A prep school graduate of Vermont Academy, he received a B.A. degree journalism from Ohio Wesleyan University in 1975. He is the recipient of a Scripps Howard Foundation National Journalism Award in 1992 and a 1991-92 regional Emmy Award for commentary. He currently rides a 1987 BMW R 80 RT and a 2014 Triumph Bonneville.
Previous Helmet Law Issue Likely To Return In 2020
Next State Police Grapple With Speeders, Lightning Strike