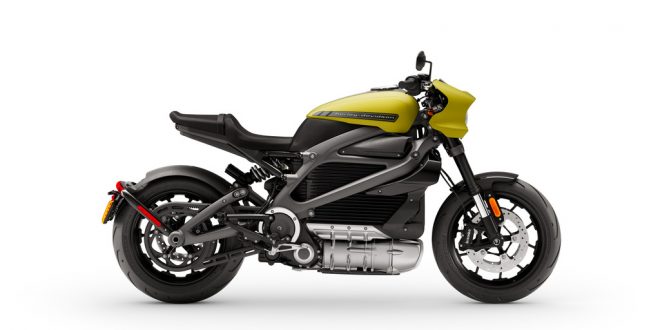 LiveWire is Harley-Davidson’s new high-priced electric model that is now expected to begin arriving in stores in early September. With a base MSRP of $29,799, LiveWire will have a city range of 146 miles and combined city/highway range of 95 miles. It will be available in three colors – yellow, orange and black.

Harley-Davidson has been touting LiveWire for five years. Initial plans were announced in June 2014.

Only 150 Harley-Davidson dealers will be selling LiveWire – at least one per state, but none in Vermont – with large metro areas getting more than one outlet. The goal is to have all dealers selling electric models by 2022.

Keehan said he’s already taken four deposits for LiveWire, while Kyle Hildebrand, managing partner of Empire Harley-Davidson, said he’s taken one so far. “We have a lot of interest,” he said. “It’s a ‘Hey, we want to see it!’ kind of thing.”

LiveWire’s electric motor is rated at 105 horsepower and produces 86 foot pounds of torque. “There’s a lot of excitement about it. It’s a high-end machine,” said Hildebrand.

One initial concern for LiveWire sellers has been infrastructure. Harley-Davidson pegged the dealer cost at $35,000 to $85,000 depending on the level of charging station used.

However, Keehan said, “It came in a lot less” at $22,000. Hildebrand also reported a lower cost as well.

While the arrival of LiveWire is still more than a month away, Keehan said his charging station has already gotten use. A couple of electric cars have pulled in and plugged in.