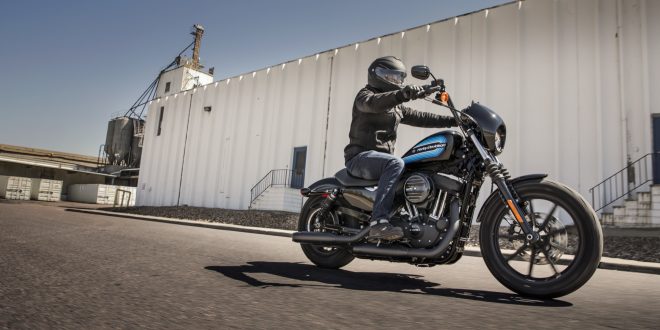 April 23, 2019 Comments Off on Harley-Davidson Sales Dropped Again in Q1

In releasing its first quarter statement this morning, Harley-Davidson noted that overall motorcycles sales were weak in the U.S. in the 601cc and larger category, down 4.7 percent in Q1, and that its market share actually rose 0.6 points to 51.1 percent.

Harley-Davidson reported that its sales were down 10.6 percent in Latin America, down 6.3 percent in Canada, down 4 percent in Asia Pacific and down 0.6 percent in Europe, the Middle East and Africa.

“We are acting with agility and discipline to take full advantage of rapidly evolving global markets. Harley-Davidson’s U.S. market share growth and retail sales performance in the first quarter are further evidence of the effects we are having as we continue to implement and dial-in our More Roads efforts,” said Matt Levatich, Harley-Davidson’s president and chief executive officer.

“We are driven by our un-paralleled rider focus and deep analytics that are guiding our efforts today and into the future. We, along with our dealers, are determined to lead and stimulate global industry growth.”

The company’s “More Roads to Harley-Davidson” strategy is an ongoing effort through 2027 to build two million new riders in the U.S., grow international business, and launch 100 new models. The company said its new factory in Thailand has “accelerated retail sales growth in ASEAN emerging markets.” ASEAN stands for Association of Southeast Asian Nations.

Harley-Davidson also reported that during the first quarter it increased its dividend 1.4 percent and repurchased $52.6 million shares. First quarter 2019 GAAP diluted earnings per share was $0.80, down from $1.03 a year ago.

Polaris Industries also released its first quarter results this morning, and reported a 10 percent revenue drop in motorcycle sales, due largely to a decline in Slingshot sales. Slingshot sales were down in the “low-double digits,” while Indian motorcycle sales decreased in the “mid-single digits percent,” which mirrored the overall decline in 900cc and above segment, the company said.

An award-winning print and broadcast journalist, Bud Wilkinson writes the "RIDE-CT" motorcycle column and the "My Ride" vintage car feature for the "Republican-American" newspaper in Waterbury, CT. He studied journalism at Ohio Wesleyan University where he received a B.A. degree. He currently rides a 1987 BMW R 80 RT and a 2014 Triumph Bonneville.
Previous “Passport To Parks Fee” Gouges Motorcyclists
Next Staff Inflection: The Worst Stuff Ever Made?