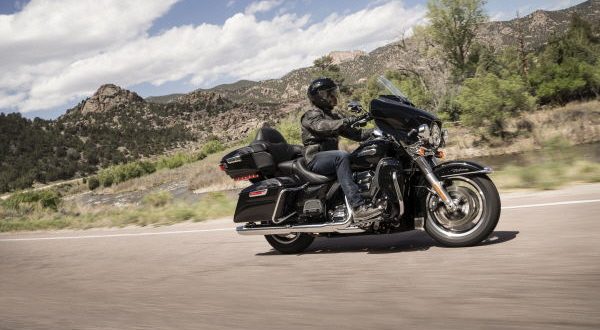 The sharp drop in sales followed a 6.4 percent drop in the second quarter, despite improved international sales and attention generated from 115th anniversary events. For the first nine months of the year, Harley-Davidson sales in the U.S. are off 10.2 percent. Unit sales fell to 112,019 from 124,777 in 2017.

Buried in its press release, Harley-Davidson reported that U.S. sales of 601cc or larger motorcycles for the entire industry were off 9.8 percent in Q3. The company was significantly harder hit by slumping sales than other manufacturers. The motorcycle industry overall is facing a challenging time as long-time riders are aging out of the recreation and not being replaced by younger riders.

While motorcycle sales may be dropping, the company reported that earnings per share up were 70 percent to $0.68. However, revenue from parts and accessories dropped 7.2 percent and revenue from general merchandise dropped 19.8 percent.

“Third quarter progress tracked to our plans with numerous highlights including another quarter of improved international retail sales growth and increased year-over-year earnings per share.  We unveiled our More Roads to Harley-Davidson accelerated plan for growth, and made strong progress already through September,” said Matt Levatich, president and chief executive officer, Harley-Davidson, Inc.

“As we manage our business with resilience in a challenging time in our history, we are leveraging our strengths for a more promising road ahead. We are investing to build the next generation of Harley-Davidson riders and we are optimizing our business to drive profitability and cash flow. Through September, cash flow was very strong and revenue was up over 3 percent despite lower motorcycle shipments.”

In its press release, Harley-Davidson projected that full-year shipments will total 231,000 to 236,000 motorcycles. The company reported that 260,000 visitors attended 115th anniversary celebrations in Milwaukee and Prague.

An award-winning print and broadcast journalist, Bud Wilkinson writes the "RIDE-CT" motorcycle column and the "My Ride" vintage car feature for the "Republican-American" newspaper in Waterbury, CT. He studied journalism at Ohio Wesleyan University where he received a B.A. degree. He currently rides a 1987 BMW R 80 RT and a 2014 Triumph Bonneville.
Previous Nortons Take Brooklyn At Union Garage
Next Massive Recall By Harley-Davidson For Clutch Problem