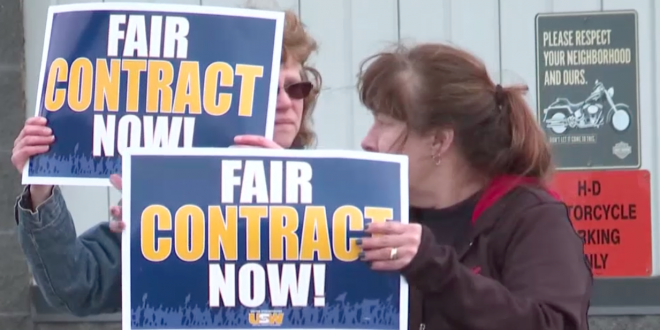 March 31, 2019 Comments Off on Harley-Davidson Workers To Vote On New Contract

MILWAUKEE – Harley-Davidson workers at factories in Wisconsin are expected to vote on a new contract Monday. The existing seven-year contract, which was ratified in 2010 and went into effect in 2012, was scheduled to expire today but was extended for one day.

According to the “Journal Sentinel” newspaper, members of the United Steelworkers of American Local 2-209 have been concerned about possible layoffs. Employees haven’t received a raise in seven years. Meanwhile, WTMJ-TV reported that workers were expected to get contract negotiation packets to look at on Saturday in advance of the vote.

The expiration of the current contract comes at a time when Harley-Davidson sales are slumping – down 10.2 percent in the United States in 2018, compared to 2017. The company closed its Kansas City factory last year after sales dropped 8.5 percent in 2017 from 2016.

Harley-Davidson is anticipating another down year in 2019, projecting total sales of 217,000 to 222,000 motorcycles, the lowest number in eight years, according to the “Journal Sentinel.”

An award-winning print and broadcast journalist, Bud Wilkinson writes the "RIDE-CT" motorcycle column and the "My Ride" vintage car feature for the "Republican-American" newspaper in Waterbury, CT. He studied journalism at Ohio Wesleyan University where he received a B.A. degree. He currently rides a 1987 BMW R 80 RT and a 2014 Triumph Bonneville.
Previous It’s The Small Things That Need To Be Appreciated
Next Harley-Davidson Workers Reject Contract Offer