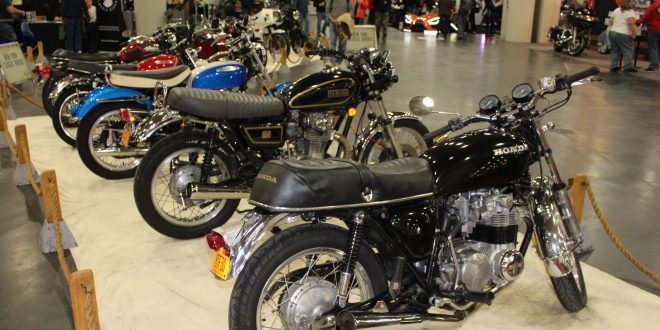 SANTA MONICA, CA – The Progressive International Motorcycle Shows tour will expand by one city in 2019-2020, with Denver joining the schedule that includes a New York stop Dec. 6-8 at the Jacob K. Javits Convention Center, it was announced this morning.

Other in-between stops are:

Tickets for the tour stops go on sale Sept. 5.

The IMS tour began in 1982 and Progressive Insurance has been the title sponsor since 2010. In announcing the new tour schedule, it was revealed that Progressive will continue to present the tour through 2025.

J&P Cycles will likewise continue to sponsor the Ultimate Builder Custom Bike Show, a show within the IMS show.

The news release announcing the slate made no mention of what motorcycle manufacturers or vendors will be displaying their products.

Bud Wilkinson writes the "RIDE-CT" motorcycle column and the "My Ride" classic car feature in the "Republican-American" newspaper in Waterbury, CT. A prep school graduate of Vermont Academy, he received a B.A. degree journalism from Ohio Wesleyan University in 1975. He is the recipient of a Scripps Howard Foundation National Journalism Award in 1992 and a 1991-92 regional Emmy Award for commentary. He currently rides a 1987 BMW R 80 RT and a 2014 Triumph Bonneville.
Previous Registrar In Massachusetts Resigns In Wake of Crash
Next An Art Show Devoted To Motorcycle Helmets
NEW POLL: Should motorcycle dealers have on-site events where they sell or serve beer or other alcoholic beverages?