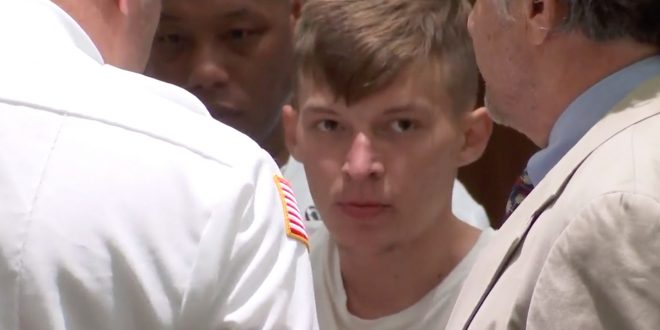 Registrar In Massachusetts Resigns In Wake of Crash

June 26, 2019 Comments Off on Registrar In Massachusetts Resigns In Wake of Crash

BOSTON – The head of the Massachusetts Registry of Motor Vehicles resigned Tuesday after her agency failed to terminate the commercial driver’s license of the man whose collision with a group of motorcyclists in New Hampshire left seven riders dead on Friday evening.

In a statement announcing that she had accepted the resignation of Registrar Erin Deveney, Massachusetts Department of Transportation Secretary and CEO Stephanie Pollack said that the RMV “carries out its mission to the best of its abilities.

“But, in this case, the RMV has not acted on information provided by the Connecticut Department of Motor Vehicles about a May 11 incident that should have triggered termination…”

Volodymyr Zhukovskyy, 23, of West Springfield, MA (pictured at top) pleaded guilty on Tuesday to seven counts of negligent homicide and is being held in New Hampshire awaiting a jury trial in November. He was driving a 2016 Ram 2500 pickup and towing a trailer when the crash occurred on Route 2 in rural Randolph, NH.

What prompted Deveney’s resignation was Zhukovskyy’s arrest in Connecticut on May 11. He was arrested in a Walmart parking lot in East Windsor after failing a sobriety test.

“The loss of life in any motor vehicle crash is a terrible tragedy and the massive toll this crash is taking on the families of the seven individuals who lost their lives, many of whom served this country, is impossible to comprehend,” said Pollack in announcing that former MassDOT Chief Operating Officer Jamey Tesler will immediately take over as acting registrar of the state RMV.

MassLive.com quotes Pollack as saying that procedural errors were made by the Connecticut DMV when inputting Zhukovskyy’s arrest into the American Association of Motor Vehicle Administrators system, which shares information,

“The online communication sent by Connecticut on May 29 did not contain sufficient information to automatically input Zhukovskyy’s OUI (arrest) into his (Massachusetts) driving record and therefore did not automatically trigger the 7-day notification process for his non-commercial license suspension in accordance with Massachusetts law,” she said.

Pollack said that Tesler “will lead an in depth review of the Registry’s state-to-state data sharing processes to ensure the RMV acts as quickly as possible on any information shared by other states.”

An award-winning print and broadcast journalist, Bud Wilkinson writes the "RIDE-CT" motorcycle column and the "My Ride" vintage car feature for the "Republican-American" newspaper in Waterbury, CT. He studied journalism at Ohio Wesleyan University where he received a B.A. degree. He currently rides a 1987 BMW R 80 RT and a 2014 Triumph Bonneville.
Previous Pickup Driver Enters Not Guilty Pleas, Fall Jury Trial
Next IMS Dates Announced for 2019-2020 Tour