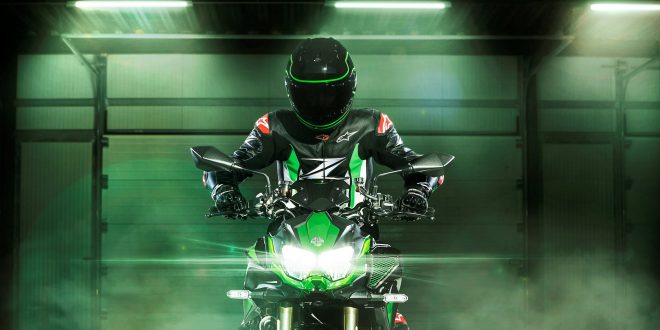 What’s the difference between “new” and “all-new?” That’s the first question that came to mind upon gazing at Kawasaki’s press release issued this morning that announced five fresh models for 2021.

Three are described as “all-new” while two get a “new” label, suggesting the latter are simply models that have been tweaked, freshened, adjusted or modified.

We’ll leave it to Kawasaki junkies to determine and judge the differences on the “new” models on the brand’s website. Suffice to say for the casual observer, Kawasaki is focusing its attention for the 2021 model year on the small on/off-road and high-power sport bike segments.

Both use a 292cc single cylinder engine and have a six-speed gearbox. The KLX300 has a 21-inch wheel up front and 18-inch wheel in back, while the KXL300SM has a 17-inch wheel front and rear.

Kawasaki’s third “all-new” model is the Z H2 SE, a “hypernaked motorcycle supercharged special edition” that will be the “flagship” of its Z line of naked models.

Priced at $19,700, the Z H2 SE comes with Kawasaki Electronic Control Suspension and features Showa’s Skyhook technology, which modulates the suspension. The model also gets a Brembo brake upgrade.

Noticeably absent – and what Kawasaki didn’t announce for 2021 – is a replacement for the long-lasting but discontinued KLR650. Other new models from Kawasaki will be revealed on Jan. 26, so maybe then.

Since 2010, RIDE-CT & RIDE-NewEngland has been reporting about motorcycling in New England and portions of New York.
Previous Eats: Pies And Cookies At Plasko’s Farm Creamery
Next Riders Not Deterred By Cold, New Poll Asks About Motaur