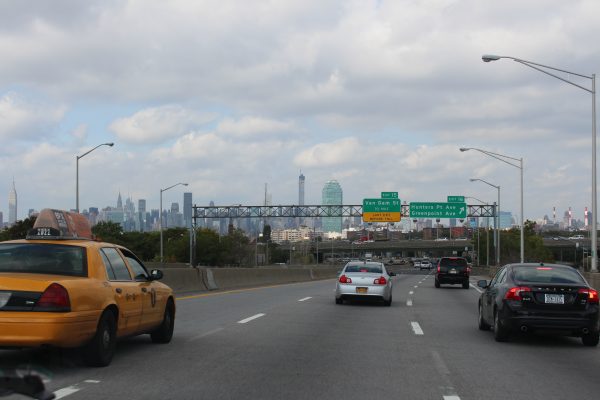 Could Lane-Splitting Work In The Northeast?

results of a new year-long study released this week just might spur a push to make such “filtering” permissible elsewhere. How practical lane-splitting would in the Northeast or New York is an unanswered question worthy of study as road conditions and driver perceptions and attitudes here might be dramatically different from those in California.

The University of California, Berkeley study revealed that the practice is no more dangerous than normal, in-lane riding, provided the rider is  traveling at speeds equal to or only slightly faster than surrounding traffic.

The lane-splitting study that was conducted by UC Berkeley was commissioned by the California Highway Patrol and the state Office of Traffic Safety. It found that roughly 62 percent of riders in the Golden State lane-split and determined that lane-splitters are less likely to be rear-ended by drivers in cars but are more likely to rear-end other vehicles.

In a press release, Wayne Allard, vice president of the government relations for the American Motorcyclist Association, declared, “These findings bolster the position of motorcyclists and traffic-safety officials that responsible lane splitting is a safe and effective tactic for riders, particularly in heavily congested areas.”

What worries me, though, or at least makes me wonder about the practicality of lane-splitting in our part of the country, are factors such as the road surface and the mind-set of drivers.

Our roads, due to winter cold and salt solutions as well as heavyweight trucks, are nowhere near as good as those in most Sun Belt areas where the sun usually shines and it rarely, if ever, gets cold. Imagine lane-splitting and trying to avoid a pothole that suddenly appears in front of your front tire. There would be no way to swerve and avoid it.

And what about the distracted, impatient drivers? While drivers in California may complain about the lane-splitters, it’s a common practice there, which means many drivers are aware of the possibility of a rider passing by just inches from their side mirrors. Would it be possible to educate drivers here of that possibility? How long would it take for drivers to routinely be aware of lane-splitters?

Presumably there’s a nationwide standard for lane width of freeways, but having lived out West for 23 years (and having spent a cumulative two years driving L.A. freeways), our highways – whether heading into New York, riding through Hartford, or going into Boston – seem much more cramped and claustrophobic, and much more dangerous from the get-go. And drivers overall seem more aggressive. Those are just my perceptions.

Nonetheless, having been stuck in barely-moving traffic on I-84, the Hutchinson River Parkway, the Merritt Parkway and the Long Island Expressway in the past while on a bike, I’m all for giving lane-splitting a conditional try. It would save gas and reduce congestion.