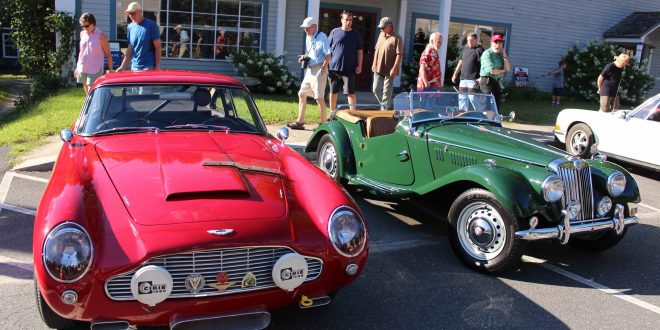 FALLS VILLAGE, CT – Lime Rock Park stages its Historic Festival 36 this weekend. The annual event kicked off Thursday evening with a parade of vintage race cars and other memorable models through parts of northwestern Connecticut, ending in Falls Village for a brief show.

The featured marque for this year’s Lime Rock Park Historic Festival  is Bugatti. More than 70 were expect for the festival and many were driven in the parade.

RIDE-CT & RIDE-NewEngland showed up and assembled a short video of the parade and show:

Since 2010, RIDE-CT & RIDE-NewEngland has been reporting about motorcycling in New England and portions of New York.
Previous Owners Bring Rare Bikes To Museum’s Opening
Next Motus Shuts Down After Losing Financing