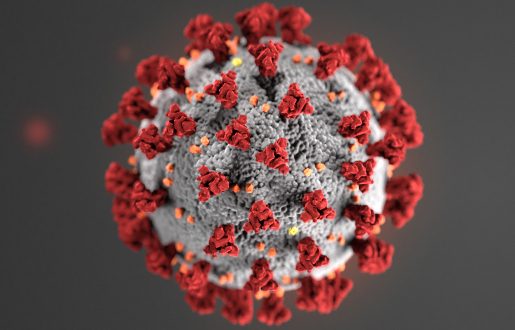 Messenger: Pandemic, Politics Have Us On Edge

December 22, 2020 Comments Off on Messenger: Pandemic, Politics Have Us On Edge

HARWINTON, CT – After 10 months of the COVID-19 pandemic and four years of extreme political polarization, I’m convinced that most of us are on edge and out of sorts, if not downright ticked off. We do our best to remain civil while we are raging inside. And I suspect this is true no matter one’s political beliefs.

Being 67 and, ahem, a bit overweight, I’ve been following the guidance of the medical and scientific communities rather strictly for months. I always wear a mask when out in public – primarily trips to the grocery store and pharmacy, and the occasional takeout meal. I physically distance myself from others, wash my hands often and use hand sanitizer.

Basically, I’ve been hibernating and avoiding all risky situations, and that means any ill-advised large group gatherings or places that put me in contact with strangers. All one-on-one contact is conducted cautiously.

Yes, the isolation has at times resulted in loneliness, but it sure beats dirt napping permanently, and I know this situation won’t last forever.

For several weeks in the early fall, I ventured out to collect a winter’s worth of classic car stories for the weekly My Ride feature that I write for the “Republican-American” newspaper. It wasn’t surprising that political beliefs occasionally and unexpectedly intruded into the process of what should have been an apolitical diversion for everyone involved.

Walking up a driveway one day to do a story, my camera bag slung over my shoulder and a mask covering my face, the car owner came out of his garage mask-less. He walked up to within inches of me, scowled and declared of COVID-19, “It’s a hoax. It’ll be gone Nov. 4.”

Stepping  back, I responded that I wasn’t there to debate the pandemic and asked if would he please keep at least six feet away. My unspoken inclination was to walk back to the truck and drive off.

Here it is almost Christmas and people are still dying at a high rate because of coronavirus. The death toll in the U.S. is now almost 320,000. Some hoax. So many people have succumbed that we’ve become inured to the toll.

Proof That People Are Angry

Another irritating moment this fall that wasn’t pandemic-related came when visiting with the Nutmeg Miata Club. A dozen or so members had staged at the Cumberland Farms in Thomaston for a group ride. As I was preparing to leave, a Jeep pulled in. The driver spotted the cluster of two-seater convertibles, rolled down his window and shouted nastily, “Buy American!”

Buy American? Maybe he wasn’t aware, but between 1974 and 2015, Ford owned a sizable chunk of Miata-maker Mazda. You have to believe Detroit-based Ford benefitted from the arrangement with the Japanese carmaker. The irony, of course, is that the guy’s Jeep wasn’t built by an “American company,” either, rather by a multi-national corporation with headquarters in London.

Seriously, what is “American” these days? “Foreign” manufacturers BMW, Honda, Mercedes-Benz, Subaru and Toyota all have plants in the U.S. and employ thousands of workers, while Honda and Toyota vehicles routinely show up atop lists that disclose the highest percentage of American-made parts in cars and trucks sold in the country.

In the case of the Jeep driver, rather than yell back at him, I did walk to my car and drive off.

I did the same thing late Saturday afternoon when confronted by what might flippantly be called a “COVID moment.” That is, an incident where the pandemic dramatically intruded into my thinking.

Earlier in the day, I’d noticed a social media post by a popular area restaurant touting an appealing dessert special. Being a regular customer of the place for years, I vowed to place a takeout order come dinnertime. After all, restaurants need help during these times.

Around 4 p.m., I phoned in a dinner order. When I got there to pick it up, the eatery was busy. Through the front window I could see that every seat at the bar was filled – patrons elbow to elbow – and it appeared that no one was wearing a mask.

Entering the doorway, my fear was confirmed. One of the owners was down near the end of the bar so I waved him outside and explained, “I’m here to get a takeout order but no way am I going inside with no one wearing masks.” He replied, “Hey, you can’t drink and eat with a mask on.”

A waiter quickly brought my order outside. I paid, tipped and left. When I got home, though, I called a friend who is a nurse and healthcare advocate and vented about the irresponsible conduct that I had witnessed. She went ballistic as she has friends on the front line and knows first-hand how bad COVID-19 can be.

After we hung up, she unilaterally called the state health department to anonymously report the restaurant. The person who took the info said the police should be immediately informed as well and that that could be done anonymously, too.

Because she didn’t witness the situation, my friend called me back to say that I needed to call the police. I hesitated but she called again an hour later and demanded that I make the call, so I phoned Troop L in Litchfield. I told the state trooper who answered that I’d once (for a short time) been a police dispatcher and knew they got all kinds of calls, but asked him to give a listen.

What made this a trigger point, I suppose, is a conversation I had earlier last week with a My Ride car owner. He told me that he’d just recovered from COVID-19 and he believes he caught it at a bar where he worked part-time. He recently resigned and, on his final day, they held a going away party for him.

A bunch of regulars showed up to toast him. Unfortunately, many of those in attendance ended up getting COVID-19. He said one person – an 83-year-old woman – died. He said he wore a mask, but had to lift it to drink his beer. He’s convinced that the gathering produced a COVID-19 cluster, and it certainly provided him with a first-hand example of the bad that can happen when people congregate.

Yes, 10 months of pandemic isolation and so many years of hateful political rhetoric have me on edge but I’m still holding my temper; my anger hidden behind my mask. It would be so helpful, though, if more people were more respectful of others.

Bud Wilkinson writes the "RIDE-CT" motorcycle column and the "My Ride" classic car feature in the "Republican-American" newspaper in Waterbury, CT. A graduate of Vermont Academy, he received a B.A. degree journalism from Ohio Wesleyan University in 1975. He is the recipient of a Scripps Howard Foundation National Journalism Award in 1992 and a 1991-92 regional Emmy Award for commentary. He currently rides a 1987 BMW R 80 RT and a 2014 Triumph Bonneville and drives a 2010 Mazda MX-5 Miata and 2008 Ford Ranger pickup.
@https://twitter.com/ridect
Previous “If You Had Asked Me…” Has Items on H-D, Triumph, Ducati
Next Gas Pumps In Cambridge Getting Warning Stickers