It was a year ago that “Baggers” magazine went away, folded into “Hot Bike” magazine by Bonnier Corp. Now, “Hot Bike” is gone as well, another victim of the waning print industry.

Gone, too, is the “Motorcyclist’s Post,” the long-running regional magazine that served the northeast. Its current issue is its last. Put out by Acom Publishing in Monson, MA for the past five years, “Motorcyclist’s Post” has its beginning in May 1967. 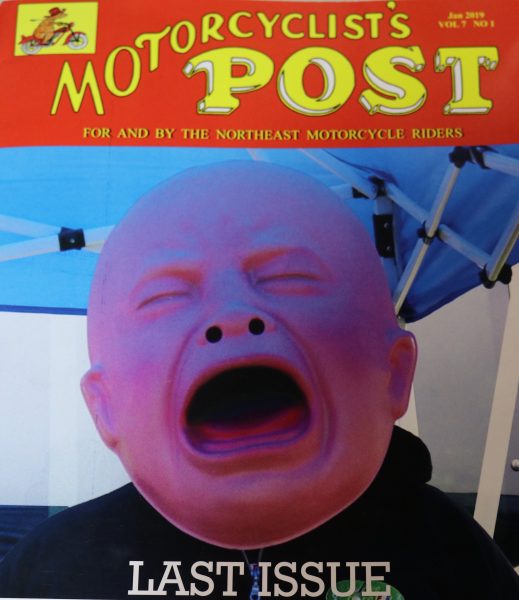 “After five years, it’s just not working out. We have worked hard to make it fly, but it just didn’t happen,” wrote editor Tim Baer in the final issue. “The internet is what destroyed the magazine industry and the next generation has got their head in their smart phones.”

Baer reported that refund checks for subscribers will go out over the next two months.

“The Motorcyclist’s Post is up for sale. I know it won’t fly in print unless (sic) major publishing firm wants to run it,” Baer concluded. 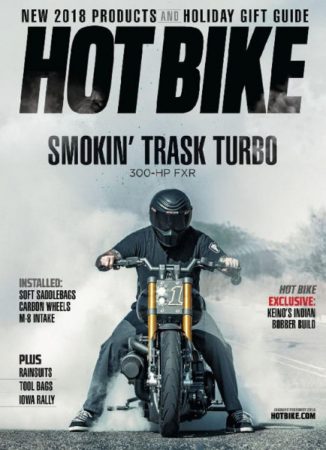 That’s unlikely, though, considering that major publishers are dropping titles and cutting back on the number of issues per year on magazines that still survive. “Hot Bike” is just the latest national mag to fold.

“For years the ‘Hot Bike’ magazine has been spared the disruptive changes taking place in the publishing community with ad support from the motorcycle industry,” said Bonnier Motorcycle Group SVP, Andy Leisner, in a press release issued earlier this month.

“Unfortunately, two significant reductions in ad revenue from an OEM and large aftermarket company hurt the print brand in 2018, and the decision was made to channel this content across other strong Bonnier Motorcycle Group brands.”

Sweden-owned Bonnier continues to publish “Cycle World,” “Motorcyclist” and “Motorcycle Cruiser” magazines as well as “Popular Science,” “Field & Stream” and “Yachting.” The “Hot Bike” brand will continue on social media, through special interest publications and through the “Hot Bike” tour.

Bud Wilkinson writes the "RIDE-CT" motorcycle column and the "My Ride" classic car feature in the "Republican-American" newspaper in Waterbury, CT. A graduate of Vermont Academy, he received a B.A. degree journalism from Ohio Wesleyan University in 1975. He is the recipient of a Scripps Howard Foundation National Journalism Award in 1992 and a 1991-92 regional Emmy Award for commentary. He currently rides a 1987 BMW R 80 RT and a 2014 Triumph Bonneville and drives a 2010 Mazda MX-5 Miata and 2008 Ford Ranger pickup.
@https://twitter.com/ridect
Previous Springfield Motorcycle Show Beats Snow
Next Ducati Sales Off Slightly In 2018