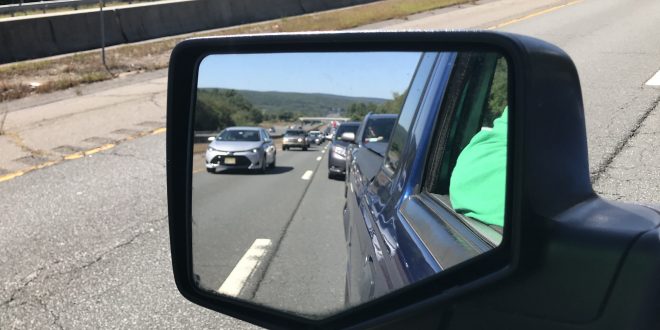 Motorcycle Deaths Declining Nationally, But Not In Northeast

WASHINGTON – Motorcycle deaths in the United States declined in 2018, dropping 4.7 percent from 2017, according to data released this week by the National Highway Traffic Safety Administration.

However, motorcycle deaths rose slightly in the Northeast where 333 riders died in 2018 in the New England states and New York, compared to 319 in 2017.

New York Had Most Deaths In Region

Motorcycle deaths made up 14 percent of all traffic deaths nationally in 2018, an increase from 13 percent a year earlier.

The annual report also noted that motorcycle fatalities in urban areas have increased 33 percent since 2009, while they have decreased by 15 percent in rural areas over that time frame.

The NHTSA reported that the Census Bureau reports that during that same time urban population has increased 13 percent and rural population has decreased 12 percent.

A total of 36,560 people died on the nations roads during 2018, a 2.4 percent decrease from 2017. The NHTSA partially attributed the drop to technology in newer vehicles that can prevent crashes.

The NHTSA also reported that the downward trend in overall traffic deaths continued during the first six months of 2019.

An award-winning print and broadcast journalist, Bud Wilkinson writes the "RIDE-CT" motorcycle column and the "My Ride" vintage car feature for the "Republican-American" newspaper in Waterbury, CT. He studied journalism at Ohio Wesleyan University where he received a B.A. degree. He currently rides a 1987 BMW R 80 RT and a 2014 Triumph Bonneville.
Previous “Biker New England TV” Host Dies After Crash
Next The 14 Places You Shouldn’t Ride In The Northeast