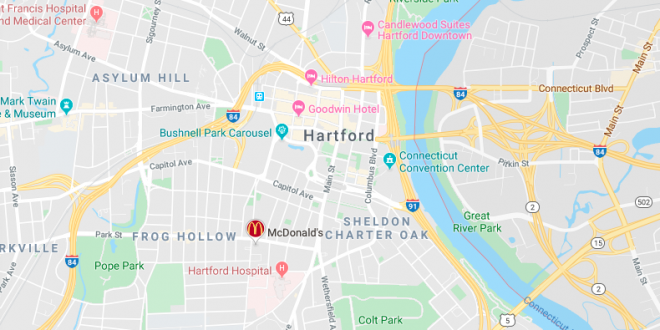 The 14 Places You Shouldn’t Ride In The Northeast

ARLINGTON, VA – There are probably hundreds of great roads to ride in the Northeast (such as Route 100 in Vermont), but there are 14 places of congestion you shouldn’t ride.

These spots to avoid involve Interstate highways and are mostly in big cities, yet circumstances sometimes force riders to use them.

Of the 14 locations in New England and New York to steer clear of, six are in Connecticut, while four are in New York, three are in Massachusetts and one is in Rhode Island, according to research findings of the American Transportation Research Institute, which provides info for the trucking industry.

The most congested spot in the nation can be found in Fort Lee, NJ where I-95 and state Route 4 meet. New England doesn’t show up on the ATRI’s Top 100 until No. 14.

Hartford Worst In The Northeast

The only other location in the Northeast on the list is Providence, RI (35th) where I-95 and I-195 meet.

Given their rural character, Vermont, New Hampshire and Maine didn’t make the list.

The state with the most bottlenecks is Texas with 13. California is second with seven, followed by Connecticut, Georgia and Washington with six apiece.

The ATRI describes its annual study as a “truck bottleneck analysis” but slow traffic flow impedes everyone, including motorcycles. The results certainly provide riders with a reminder of where not to ride – unless it’s absolutely necessary.

An award-winning print and broadcast journalist, Bud Wilkinson writes the "RIDE-CT" motorcycle column and the "My Ride" vintage car feature for the "Republican-American" newspaper in Waterbury, CT. He studied journalism at Ohio Wesleyan University where he received a B.A. degree. He currently rides a 1987 BMW R 80 RT and a 2014 Triumph Bonneville.
Previous Motorcycle Deaths Declining Nationally, But Not In Northeast
Next Test Ride: Husqvarna VITPILEN 701