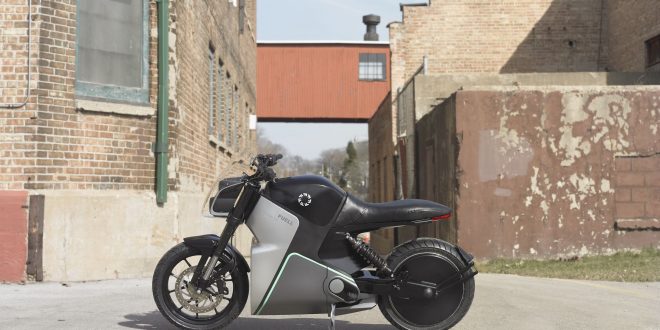 It’s been well over a month since the last installment of Oil Drippings. That’s the catch-all column of news items from near and far that maybe don’t warrant a full post or somehow fell through the cracks. Here goes:

The growth of the electric segment of motorcycling sometimes seems snail paced, with Zero, Energica and LiveWire the visible contenders for the attention of shoppers, but more brands are on the way.

FUELL announced this week that following a COVID-19 slowdown, it’s now moving forward and taking orders for its Fuell Fllow e-commuter model, which is the brainchild or Erik Buell. It’s also working to develop a distribution and dealer network.

The company says the 47-horsepower FUELL Fllow has a target target price of $11,995, with at least 150 miles / 240 km range in real city traffic conditions. It offers a quick charge capability as fast as a “traditional stop for gasoline” and has highway capable speed.

The Fllow was actually announced in April 2019 but progress got thwarted by COVID, forcing a reboot of the effort.

They feature an “integrated rim motor inside the rear wheel, which enables a larger battery, longer range and explosive performance. In addition, the centre of gravity is lower, which provides a better driving feel compared to other manufacturers’ motorcycles.”

The Verge TS Pro will have a range of approximately 215 miles or up to 350 kilometers and a 35-minute charging time. For now, it will only be sold in Europe.

There wasn’t a formal press release from Harley-Davidson, just a short mention on the company’s Facebook page on Nov. 18 that the final Evolution engine-powered Sportster – an Iron 883 – has rolled off the assembly line in York, PA.

The air-cooled Evo-powered Sportster was launched 36 years ago – in 1986. While the Evo is gone, the Sportster isn’t it. The model continues but with a Revolution Max engine.

It was just back in September that a deal was struck for KTM to distribute and market MV Agusta models in the United States. Now, KTM is acquiring a 25.1 percent chunk of the Italian bike builder. The deal is effective this month.

Under arrangement, KTM will provide MV Agusta with supply chain support and help with distribution worldwide.

Honda Revives Transalp But Not In U.S.

Honda used the E.I.C.M.A. show in Italy earlier this month to announce the revival of its Transalp adventure model. The XL750 will use a 755cc parallel twin engine. The only catch is that it won’t be sold in the U.S. – yet.

Bud Wilkinson writes the "RIDE-CT" motorcycle column and the "My Ride" classic car feature in the "Republican-American" newspaper in Waterbury, CT. A graduate of Vermont Academy, he received a B.A. degree journalism from Ohio Wesleyan University in 1975. He is the recipient of a Scripps Howard Foundation National Journalism Award in 1992 and a 1991-92 regional Emmy Award for commentary. He currently rides a 1987 BMW R 80 RT and a 2014 Triumph Bonneville and drives a 2010 Mazda MX-5 Miata and 2008 Ford Ranger pickup.
@https://twitter.com/ridect
Previous Royal Enfield Announces Super Meteor Cruiser Model(s)
Next What’s To Become Of Tim Raindle’s Rusty Indian Relic?