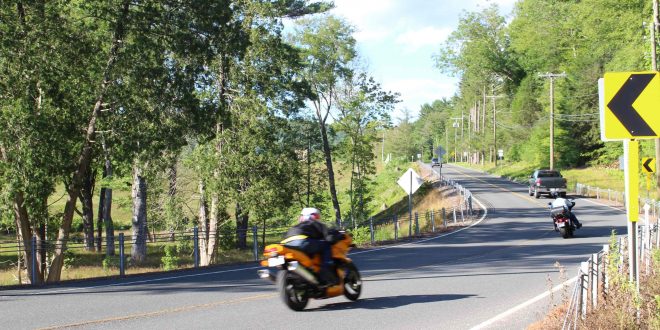 May 14, 2019 Comments Off on Riding Safer In New England, Shorter Season Contributes

SEATTLE – The warmer the climate and the longer the riding season, the higher the rate of motorcycle fatalities. That’s the big conclusion derived from 2017 National Highway Traffic Safety Administration statistics just crunched by the insurance comparison website QuoteWizard.

The first state in the northeast to show up in the ranking was Connecticut. It came in 19th place with 6.32 fatalities per 10,000 registered motorcycles.

The state with the lowest fatality rate and in 50th place was Montana (.75).

“When you consider that motorcycle riders in Alaska can only ride a few months out of the year, compared to Texas where you can ride all year long, that difference in rideable seasons has a huge impact on the number of fatalities.”

QuoteWizard is a subsidiary of LendingTree.

An award-winning print and broadcast journalist, Bud Wilkinson writes the "RIDE-CT" motorcycle column and the "My Ride" vintage car feature for the "Republican-American" newspaper in Waterbury, CT. He studied journalism at Ohio Wesleyan University where he received a B.A. degree. He currently rides a 1987 BMW R 80 RT and a 2014 Triumph Bonneville.
Previous When Is A Motorcycle Not A Motorcycle?
Next TSI Harley-Davidson Getting New Ownership