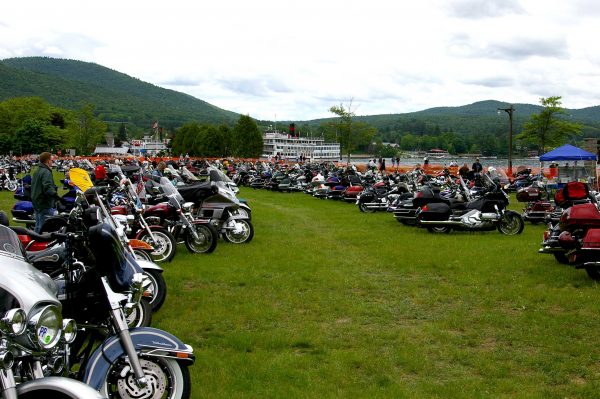 July 2, 2020 Comments Off on Safety Concerns Cause Americade To Pull Plug

LAKE GEORGE, NY – Less than three weeks before it was set to begin, Americade has been canceled. The plug was abruptly pulled this afternoon due to the COVID-19 pandemic.

Organizer Christian Dutcher posted an informational video on YouTube and called the decision “extremely disappointing” and “unavoidable.” Originally set for June 1-6, the dates for the 38th annual Americade were shifted to July 21-25 in late April.

‘When we rescheduled the event months ago, our primary objective was to run a safe event. We knew it was going to be a long shot, but we wanted to give it a try,” said Dutcher in the video.

He explained that part of the reason for going forward was to present an optimistic outlook during a period of much bad news. “We felt we could pull a rabbit out of the hat,” said Dutcher, adding that the goal was to help vendors and local merchants.

He also forthrightly revealed that he didn’t want to be the guy who canceled Americade for the first time.

“Up until last week, we felt pretty good about the event,” Dutcher continued, reporting that vendors and motorcycle manufacturers had committed to attend. However, the recent dramatic rise in COVID-19 cases in other parts of the country ultimately sealed Americade’s fate.

“Things have changed,” he said. “Americade draws attendees from all over the country and we’ve gone from feeling like we can confidently say we’re running a safe event to one where we’re not so sure, and that’s not a position that we want to be in.”

Dutcher said refunds will be made to riders who have already registered or they may carry over their registration to next year’s event. Those who do will be allowed to sign up one week early and will receive an additional $20 credit.

Dutcher offered sympathy to riders who were planning to make the journey to Lake George. “I’m sorry. We really thought we could do it,” he said.

No Updated Word On Laconia

The cancelation of Americade leaves Laconia Motorcycle Week in New Hampshire as the only major rally in the Northeast still on the calendar for this year. It’s scheduled for Aug. 22-30, having been postponed from June 13-21.

Hello! If you found this story useful, please share it by clicking on the social media buttons below.

Since 2010, RIDE-CT & RIDE-NewEngland has been reporting about motorcycling in New England and portions of New York.
Previous CONREP Classes Starting At N.V.C.C. – First Site In State
Next Eats: Tulmeadow Farm Offers More Than Ice Cream
NEW POLL: Should motorcycle dealers have on-site events where they sell or serve beer or other alcoholic beverages?