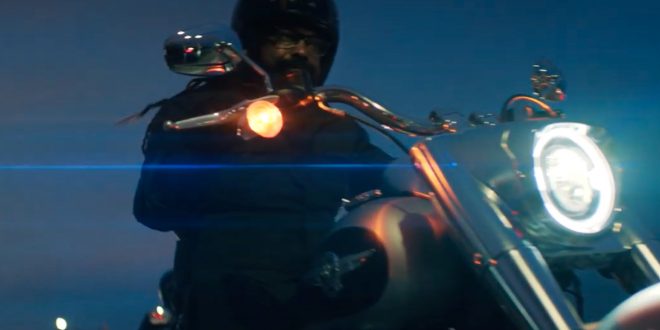 February 15, 2020 Comments Off on Seen The New TV Spots For Harley-Davidson?

MILWAUKEE – Harley-Davidson isn’t a company with a reputation for taking risks, but a new TV ad campaign unveiled this week represents a dramatic departure image-wise. It seeks to attract new and younger riders. It does so by ignoring the company’s heritage. No longer is the brand offered up as a cultural touchstone.

How’s that for risky? At least initially, the campaign makes it appear that Harley-Davidson’s past and its iconic status don’t exist. It’s almost as if the company’s saying, “Thanks, baby boomers, you’ve bought into our marketing and given us your cash for years, now piss off.”

While exhausts sounds are heard in new spots titled “Magic Hour” and “Breathe,” they’re muted. The thumping V-twin sound has been deemphasized. There’s no mention of being American-made, no playing up freedom or patriotism, and no suggestion there’s only one Harley-Davidson and that no other brand can measure up.

There are also no shots of bare-headed riders wearing leather vests with patches and bandanas on their heads. Indeed, all the riders in the spots are fully-geared and wearing full-face helmets. Makes sense because future customers likely grew up wearing helmets when they rode their bicycles as kids. To them there is no helmet debate and only one choice – and that’s to always wear one.

The new spots were created by the ad agency Droga5, which wisely realized that the Harley-Davidson name likely means little or nothing to the younger generations. What was needed therefore was to first get members of those generations curious about riding.

The “Breathe” spot zeros in on the tech savvy and shows someone riding an unseen motorcycle as a robotic voice ticks off the day’s tasks; “…check followers, order shoes, use auto-send for flowers…”

The pace then picks up with the lone rider joining others; counterintuitively warning “Don’t ever let yourself feel this alive.” It captures the fun of riding.

“Magic Hour,” meanwhile, starts with a lone rider at night and goes on to explain the viseral impact of riding; “…every part of your body is engaged, every part of your mind is activated.” It, too, shows how enjoyable riding can be.

As one would expect, the spots are superbly produced and effective.

“Harley-Davidson needed to remind riders – and convey to non-riders – how owning a bike can have a positive impact on their mental and physical well-being,” said Droga5 creative director Thom Glover in a story posted on the website Fast Company.

“We think of well-being as something soft and quiet, but a lot of riders find their version of meditative calm at high speed on a powerful machine. It’s where they disconnect from all the pressures of the day and lose themselves in moments of total concentration. This insight led us to trying to get as close as we could to conveying what it feels like to be in control of the bike, while escaping all the technological prompts that have come to dominate our lives.”

That Harley-Davidson went with Droga5’s approach speaks volumes that the company realizes that big changes are needed if a rebound from plummeting sales is ever to be realized.

The past is just that – in the past – and what’s needed for the future is to just get younger folks interested in riding. Preaching brand preference and loyalty are irrelevant when the brand name means nothing to the audience.

Bud Wilkinson writes the "RIDE-CT" motorcycle column and the "My Ride" classic car feature in the "Republican-American" newspaper in Waterbury, CT. A graduate of Vermont Academy, he received a B.A. degree journalism from Ohio Wesleyan University in 1975. He is the recipient of a Scripps Howard Foundation National Journalism Award in 1992 and a 1991-92 regional Emmy Award for commentary. He currently rides a 1987 BMW R 80 RT and a 2014 Triumph Bonneville and drives a 2010 Mazda MX-5 Miata and 2008 Ford Ranger pickup.
@https://twitter.com/ridect
Previous Safe Riding: Emoji Jacket A Useful Safety Device?
Next The Week In Review – Feb. 15