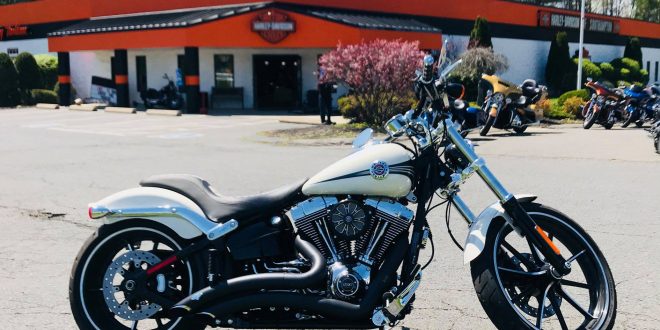 SOUTHAMPTON, MA – The Springfield market and Pioneer Valley will be without a Harley-Davidson dealership next week after Harley-Davidson of Southhampton shuts its door after more than two decades in town.

In a message posted on its website and on its Facebook page, the dealership announced, “We’re closing our doors Sept. 15. Thanks for a great ride.”

Harley-Davidson of Southampton has been owned since 2007 by Aaron Patrick and his wife, Monica. The store relocated to Southampton from Easthampton in 1998 under previous ownership.

“The decision did not come lightly, but facing this difficult year with the pandemic and struggles it has brought on, we decided it was time,” Aaron Patrick said in a written statement provided to the “Greenfield Recorder” newspaper.

The store’s closure comes at a time when Harley-Davidson sales are sagging; a problem that existed even before the COVID-19 pandemic hit in March. The company’s older customer base has been aging out of riding the large cruisers that the company builds.

The Patricks also formerly owned Yankee Harley-Davidson in Bristol, CT, which they sold in late 2017.

No Other Harley-Davidson Dealers Nearby

Other motorcycle dealers in the Springfield area are Indian Motorcycle of Springfield in Westfield, MA and Valley Motorsports, a multiline dealer in Northampton, MA.

Since 2010, RIDE-CT & RIDE-NewEngland has been reporting about motorcycling in New England and portions of New York.
Previous Review: “Kaplan America” Is Solid Take On Reality Format
Next Dealerships Destroyed By Wildfire In Oregon