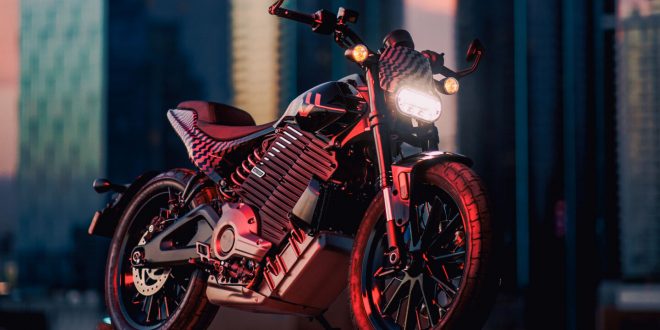 Nearly half of all fatal motorcycle crashes occur at night and a new study has found that “a reimagined lighting configuration” in front could help improve other motorists’ abilities to see riders. The study suggests that “six running lights from the top to the bottom of the motorcycle rather than a single headlight” could help others see bikes almost a second sooner.

The study, the results of which were released Monday, was conducted by researchers Pat DeLucia from Rice University and Bradley Weaver from Emory Healthcare, who earned his Ph.D. at Rice.

“Because motorcycles are smaller than many other vehicles, it is more difficult for other drivers to accurately judge their motion on the roadway,” said Weaver, the study’s lead author and a human factors engineer and researcher who did his doctoral dissertation on the topic.

“It is particularly difficult at night when a motorcycle has only a single headlight because other drivers can’t see the motorcycle’s full height or width.”

Revised and improved lighting could enable other motorists to see motorcycles up to 0.8 seconds sooner.

“Just under a second might not seem like a lot, but reducing a driver’s response time to a potential collision can make a difference between life and death,” said DeLucia, a professor of psychological sciences who conducts human factors research, particularly related to transportation and health care.

Motorcycle operators are 27 times more likely to die in an accident than those in a passenger vehicle, according to crash data from the National Highway Traffic Safety Administration.

For the study, LeLucia and Weaver recruited 35 people between the ages of 19 and 70 years old to take part in driving simulations in a laboratory. They measured how quickly the participants saw motorcycles based “various enhanced lighting configurations that illuminated their full height and width.”

They concluded, “Each of the new designs improved response times compared with a single headlight, but the participants reacted most quickly to the configuration of six lights.”

Hello! If you found this story useful, please share it with other riders by clicking on the social meida buttons below.

Since 2010, RIDE-CT & RIDE-NewEngland has been reporting about motorcycling in New England and portions of New York.
Previous CPTV Airs “Motorcycle Man” Documentary On Dave Roper
Next MOMS Expands Into New York In A Partnership With Maddie’s