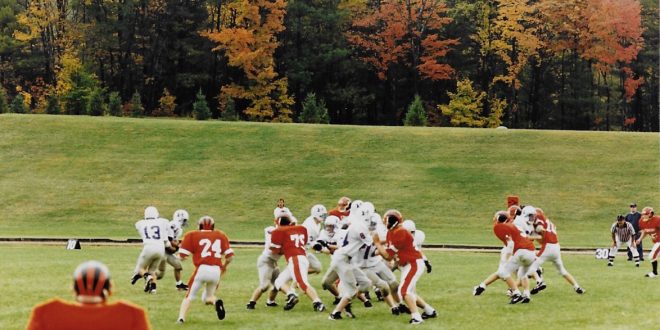 February 3, 2018 Comments Off on Super Bowl Prediction – Football Gets Sacked

HARWINTON, CT – Here’s my Super Bowl prediction: This will be the last Super Bowl of any significance.

From Monday forward, the popularity of the Super Bowl, of the National Football League, of college football and, indeed, of the sport itself will decrease. My crystal ball is too murky to say whether football’s decline will happen gradually or relatively quickly, but my sense is that the sport’s popularity will wither with ever-increasing momentum with each passing year.

The signs of football’s demise are already evident, and have little to do with this season’s controversy involving NFL players taking a knee during the playing of the National Anthem. While the players’ actions were politically polarizing, and have certainly contributed to a drop in TV ratings this past season, the protests are only a short-term issue.

What will ultimately cause the collapse of football is the game itself. The brutality and its longterm consequences will ultimately become such a turnoff that football will cease to attract participants or sports consumers. Sorry, Fox, but that more than $660 million you’ve just agreed to pay to televise Thursday night NFL games for five years may be a boondoggle. 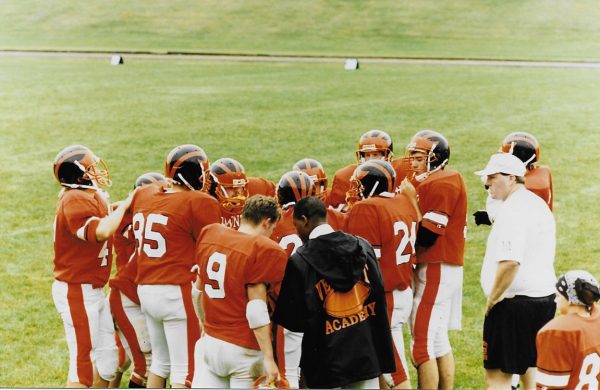 Wiser voices than mine have already addressed football’s future.

“The reality is that this game destroys people’s brains,” said NBC sportscaster Bob Costas during a roundtable discussion at the University of Maryland last November. Costas believes that existing concussion research and future studies will lead families to a “common-sense conclusion” that kids shouldn’t play tackle football until they’re 18 years old, if at all.

Football simply isn’t safe. “The cracks in the foundation are there,” said Costas, who was quoted in a “USA Today” story. “I certainly would not let, if I had an athletically gifted 12 or 13-year-old son, I would not let him play football.” 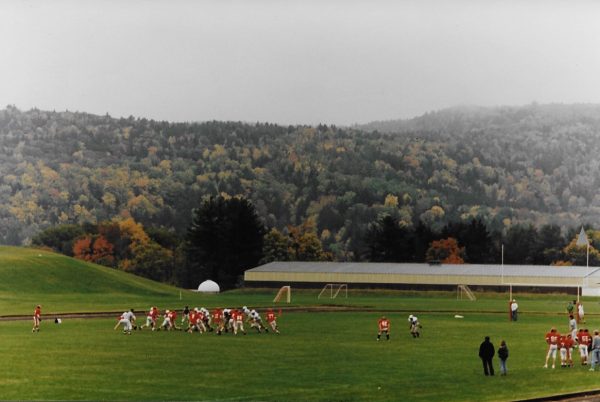 Sure, some gung-ho skeptics of brain research science will still root for their favorite teams and push their kids to play the sport, but the stands and playing fields will no longer be as packed as they have been for decades. The risks associated with playing football are too great.

Just this week, a Wall Street Journal/NBC poll revealed “a developing nightmare” for the NFL. The poll reported, “Adults who report following the NFL closely has dropped 9 percent since 2014… Just 51 percent of men aged 18 to 49 say they follow the NFL closely, down from 75 percent four years ago.”

Political leaning had little to do with the falloff in interest in the NFL . “Base Democrats who follow the league closely fell by 16 points versus four years ago, while it was 14 points for base Republicans,” the poll stated.

Television ratings for the NFL declined 9.7 percent during the 2017-2018 season, after dropping 8 percent a year ago, according to Nielsen. While overexposure may play a slight role in the drop, along with player protests, the poll suggests the root cause is football itself. The “Wall Street Journal” reported, “In 2014, 40% of mothers said they would encourage their child to play a sport other than football due to concerns about concussions. That figure has now climbed to 53%.” 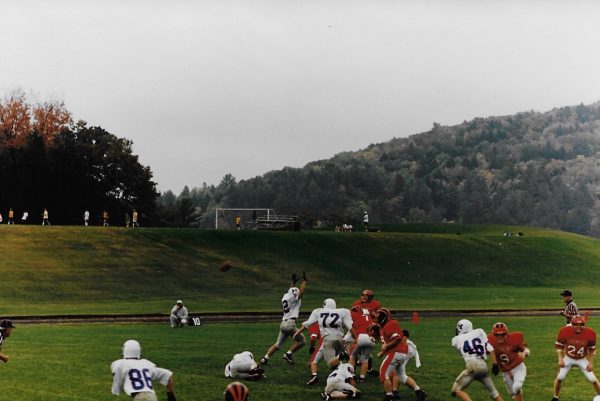 Remember decades ago when roughly 42 percent of U.S. adults smoked? Studies began suggesting that smoking was hazardous to your health. The constant drumbeat that smoking can kill had an impact over time. Currently, according to the Centers for Disease Control and Prevention, only 15.1 percent of adults in the U.S. smoke. That’s the lowest figure ever and down from 20.9 percent in 2005.

A similar drumbeat of warning is now sounding for football.

Getting insufficient attention recently was a study done at Boston University. Released in mid-January, it buttressed previous research that stated that CTE (chronic traumatic encephalopathy) can start early and without any signs of concussion. It stated that the neurodegenerative disease can be caused by repetitive hits to the head.

So, you don’t have to receive a concussion or two to suffer possible brain damage? Simple head-knocking can do it? Can you name another sport where heads are more at risk than football?

Just like with cigarettes, news stories proclaiming the hazards of football will continue to appear and will have a cumulative impact. Here’s the latest from “The New York Times” in which Emily Kelly, wife of a former NFL player Rob Kelley, reveals her family’s horror story.

She wrote, “Professional football is a brutal sport, he knew that. But he loved it anyway. And he accepted the risks of bruises and broken bones. What he didn’t know was that along with a battered body can come a battered mind.”

So, come game time tomorrow, lift that beer and offer a toast to the beginning of the end of football as we know it. That’s my prediction. The game itself will soon be sacked.

Want more evidence of football’s pending decline? Here’s another story from “The Washington Post” on how many schools are shedding football. My prep school, Vermont Academy, dropped football several years ago due to declining participation. The pictures that accompany this column were taken when the school fielded a team.