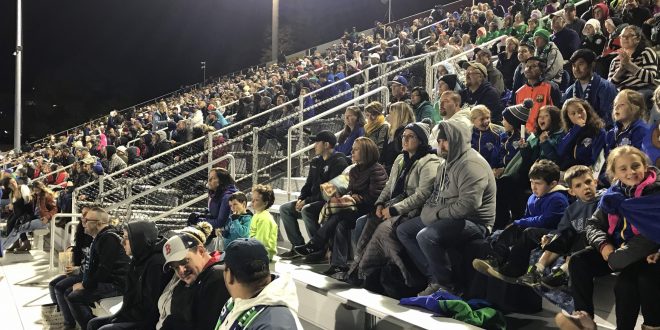 Why I’ve Traded Other Sports For Soccer (Part One)

October 7, 2019 Comments Off on Why I’ve Traded Other Sports For Soccer (Part One)

The transition is nearly complete. Fie on college football! Fie on the NFL! Fie on MLB! Huzzah for Crystal Palace! Huzzah for Hartford Athletic!

Yes, tastes and likes can change over the years, and that’s certainly true with sports. The teams and sports that I rooted for in my 20s have given way to new loyalties in my 60s due scientific revelations, game evolution and enlightenment.

In my early 20s, when living in Columbus, Ohio, I’d go to Ohio Stadium on crisp fall Saturday afternoons and scream with beer-fueled gusto for the Ohio State Buckeyes. College football at its highest level. Now I scorn OSU and all that the program and big-time college football in general represent; from the exploitation of athletes to the astronomical salaries of coaches.

And let’s not forget the arrogance of the “The” that’s demanded before Ohio State University’s name.

When I moved to Phoenix, I became a fan and season ticket holder of the short-lived Arizona Wranglers of the USFL. No, it wasn’t the NFL, but it was fun to sit in Sun Devil Stadium and get rowdy.

The rising awareness in recent years of CTE and the growing medical evidence of the sport’s longterm damage, though, have caused me to grow disenchanted. Factor in the antics and crimes of entitled players and my interest in football has pretty much evaporated.

The same can be said of baseball. Reared as a fan of the New York Yankees, the team’s move from The House That Ruth Built to the new Yankee Stadium in 2009, and the outrageous prices for tickets and concessions that went along with the move, precipitated dissatisfaction with the club after decades of worship.

I visited the new Yankee Stadium once in June 2016 out of curiosity, having to march through garbage and debris to get there, and haven’t been back. I do have an unopened Mickey Mantle bobblehead that was handed out at the game and that I should really put up for sale on eBay.

The evolution of baseball to a statistics-driven model in recent years, the rise in strike outs and home runs, the demise of traditional strategy, and the increasing length of games has caused me to likewise lose interest. Players unwilling to make an effort have turned it into a turnoff, too.

While the NHL and New York Rangers will always have a soft spot – having played hockey in prep school and having been a member of the Phoenix Roadrunners’ telecast team for several years – my primary sport of interest is now soccer.

Yes, the sport called “football” everywhere in the world.

A classmate at Vermont Academy, Evan Holmes, sparked my nascent interest through his passion for the game and his amazing footwork with a ball. When I entered V.A, the school had three (American) football teams and two soccer teams. By the time I graduated four years later, as I recall, the numbers were reversed.

My introduction to pro soccer came in Columbus in the late 1970s with the old American Soccer League. I went to a few Columbus Magic games. A friend was dating a player for the ASL’s Cleveland Cobras, Ian Hamilton, and I got to know him a little, which further spurred curiosity about the sport.

When I moved to Phoenix in December 1979, I took my soccer interest with me, and a few weeks later, the Cobras came to town to play the short-lived Phoenix Fire. After the game, Ian and I went out to dinner. The waitress at T.G.I. Friday’s marveled at his English accent.

Jump ahead 30 or so years. As my interest in (American) football and baseball began to wane, I turned to an English friend and had him clue me in on the Premier League. He wrote up a primer on all the teams, and I quickly adopted the south London underdog Crystal Palace as a team to root for.

Palace was a non-denominational choice whose fans were among the most devoted in the league. I soon recruited some friends to become fans as well and we began following from afar, especially enjoying the fact the team’s victory song is the Dave Clark Five’s “Glad All Over.”

When Crystal Palace came to the United States for a pre-reason “friendly” in July 2016 against the Philadelphia Union of Major League Soccer, we drove down for the match and for some cheesesteaks. A memorable outing where we met other Palace fans who were part of the “Crystal Palace in the USA” page on Facebook.

Yes, just like the top sports leagues here, the Premiership’s clubs have some overpaid players, some crybabies and some drama, but they’re more tolerable from a distance. From our stateside location, we can simply enjoy the game for the game itself.

This year the USL Championship expanded and put a club in Hartford – the Hartford Athletic. It immediately became my local favorite. Besides proximity, there are other reasons to enjoy Hartford Athletic and soccer; continuous action and a known time frame being just two…

Bud Wilkinson writes the "RIDE-CT" motorcycle column and the "My Ride" classic car feature in the "Republican-American" newspaper in Waterbury, CT. A graduate of Vermont Academy, he received a B.A. degree journalism from Ohio Wesleyan University in 1975. He is the recipient of a Scripps Howard Foundation National Journalism Award in 1992 and a 1991-92 regional Emmy Award for commentary. He currently rides a 1987 BMW R 80 RT and a 2014 Triumph Bonneville and drives a 2010 Mazda MX-5 Miata and 2008 Ford Ranger pickup.
@https://twitter.com/ridect
Previous CT Trade-In Fee Rising To $100 On Tuesday
Next Greater Presence For Royal Enfield, Ural In Northeast