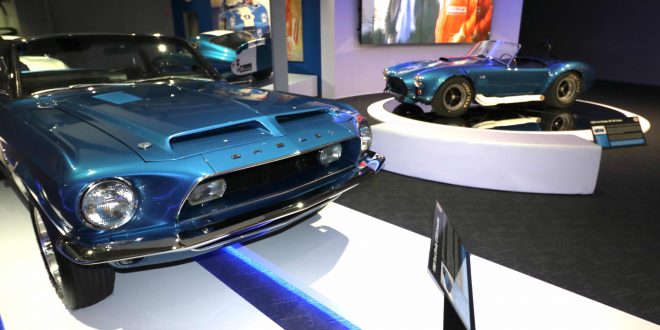 PORTSMOUTH, RI – Automobiles showcased as pieces of art. That’s the accomplishment of the Newport Car Museum where 70 exotic, stunning and rare models covering 65 years of motoring (1954 through today) are on display.

“‘Oh, wow’ is the most heard exclamation as they walk through and see the galleries for the first time,” said the museum’s Vincent Moretti last weekend while showing off the collection to My Ride. “There’s something for everybody here. A car that you may not think anything of is someone’s dream car, and that’s the magic of what we have.” 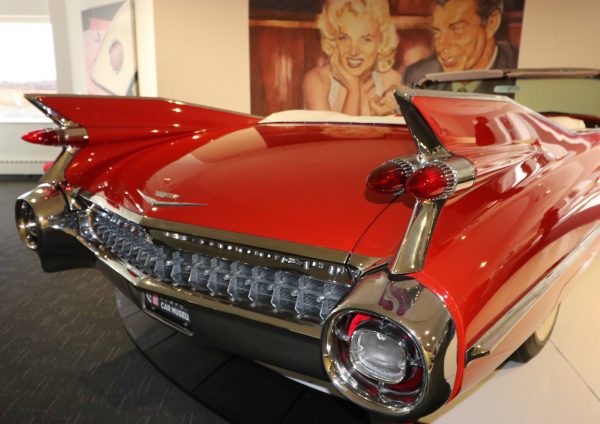 The museum is the creation of Gunther and Maggie Buerman. He’s the former chairman of a major New York law firm, who has put his private car collection on display and augmented it with other carefully chosen specimens. ‘We’re very specific on what we want, and the condition has to be perfect,” said Moretti.

The Newport Car Museum presents the cars in a consistent manner that is simultaneously overwhelming and understated. The showroom-quality models are displayed on pedestals and grouped into categories. There are Fin Cars from the 1950s, Muscle Cars from the 1960s through today, World Cars, Corvettes, Mopar models and a Ford/Shelby collection.Each example is breathtaking. 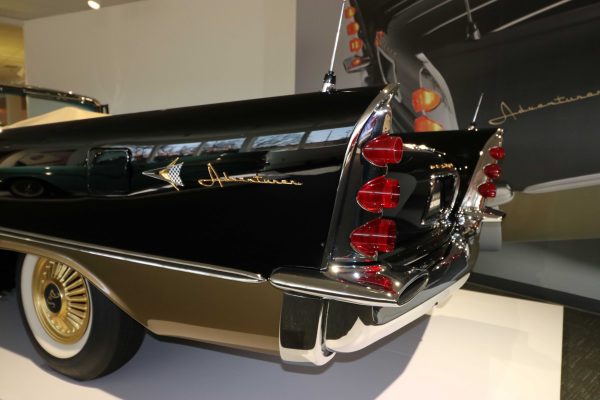 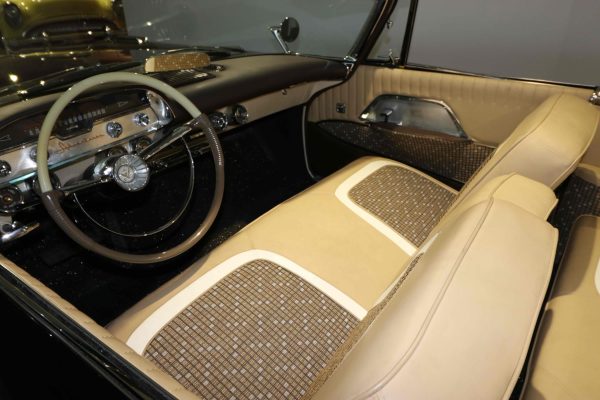 Finding suitable vintage candidates can be challenging, though, because sometimes few remain. “These cars were used, abused and redone. All of these cars were very nice original examples, but they’ve all been redone – completely disassembled, reconditioned and put back together.,” said Moretti.

Among the rarest cars in the collection are a bright yellow 1954 Buick Skylark convertible, a black 1954 Kaiser Darrin 161 roadster, a 1962 Chevrolet Impala SS convertible and a 1965 Ford/Shelby 427 SC Cobra. 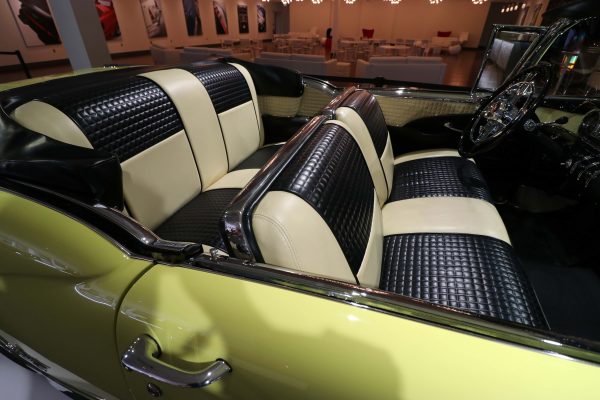 The Kaiser Darrin was the first production fiberglass sports car in the U.S. with pocket doors that slide into the fenders. Only about 400 were built and there are “very few left,” said Moretti, adding that the limited-production Impala SS droptop with 409-cubic-inch V8 engine might be one of two left in the world.

The Cobra is likely the most valuable car in the museum, possibly worth as much as $4.5 million. What the entire collection is worth may be impossible to calculate. “It’s very hard to say. It’s very cyclical in that some things are worth more one day than the next. We know it’s considerable,” said Moretti.

The Newport Car Museum opened in June 1, 2017 on a piece of property where defense contractor Raytheon formerly built missiles. “We rehabbed the building. It took us six months,” said Moretti. “From the time we closed on the building to the day we opened as a museum, it was six months.”

Two of the most popular cars with visitors are a single-cylinder, 12-horsepower 1957 BMW Isetta in red and a white 1956 Jaguar XK140. His personal favorites “today” are an orange 1969 Chevrolet Camaro Z/28 and a 2019 Chevrolet Corvette ZR1.

The newest cars are the 2019 Corvette and a 2018 Dodge Demon, which was found on eBay after its original buyer was unable to take delivery. “We continue to add to the collection as new cars become available. As cars that we want become available in the condition that we want, we buy them and add them to the collection,” Moretti said, revealing that five additional cars will be added to the museum soon.

The museum does have a wish list for future classic additions, such as an Oldsmobile 442 and Chevrolet Chevelle with a 454-cubic-inch LS6 engine. “We always have a wish list. There are cars out there that are hard to find in the condition that we want,” said Moretti. “Sometimes it’s just stupid money and we won’t spend that.” 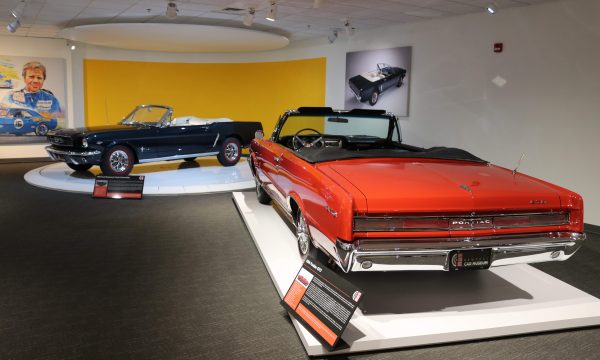 The Newport Car Museum may be less than three years old, and may still be getting its name out, but it’s obvious that expansion will be necessary at some point. It’s simply too magnificent not to grow. “It’s never premature to talk expansion. We’ve used almost all of the building. This building is three acres. You only see half of it for the museum. There’s possibilities we could convert other areas of the building,” Moretti said. 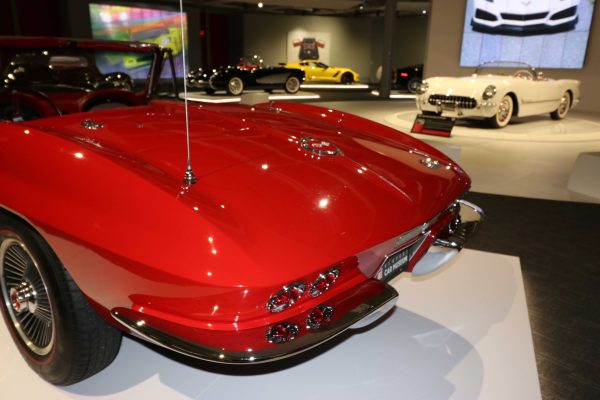 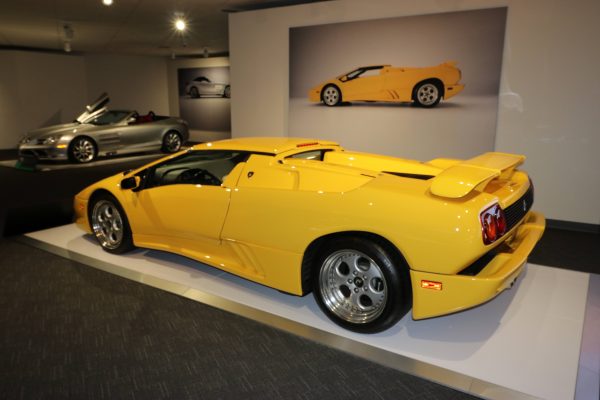 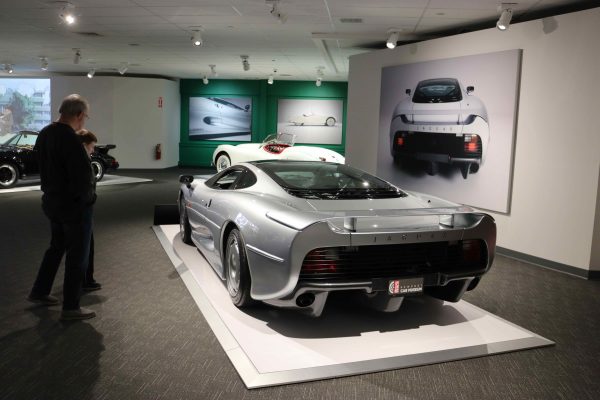 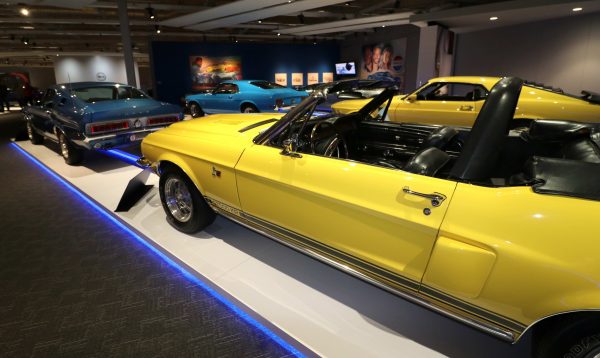 Bud Wilkinson writes the "RIDE-CT" motorcycle column and the "My Ride" classic car feature in the "Republican-American" newspaper in Waterbury, CT. A graduate of Vermont Academy, he received a B.A. degree journalism from Ohio Wesleyan University in 1975. He is the recipient of a Scripps Howard Foundation National Journalism Award in 1992 and a 1991-92 regional Emmy Award for commentary. He currently rides a 1987 BMW R 80 RT and a 2014 Triumph Bonneville and drives a 2010 Mazda MX-5 Miata and 2008 Ford Ranger pickup.
@https://twitter.com/ridect
Previous CONREP Now Requires eCourse To Take BRC
Next Helmet Law Proposed In CT For All Riders