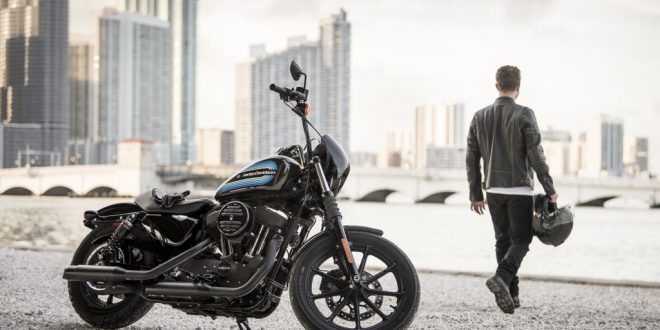 Too Little, Too Late For Harley-Davidson?

HARWINTON, CT – What’s to become of Harley-Davidson? The news of late hasn’t been good for the iconic American brand that produces half of the heavyweight motorcycles sold in the U.S. The company announced late last month that it’s closing the Kansas City, Mo. assembly plant that builds Softail,

Sportster and Street models. The shutdown will occur by fall 2019 and result in about 800 employees losing their jobs.

The plant closure revelation was followed a week or so later by the news that Harley-Davidson was recalling nearly 175,000 motorcycles in the U.S. (and nearly 251,000 worldwide) over fears that the brakes might fail. More than 30 ABS-equipped models built between 2008 and 2011 are affected.

Meanwhile, the company’s stock, which has a 52-week high of $63.40, now sits within spitting distance of its 52-week of low $44.52. President and CEO Matt Levatich has been asking for shareholder patience as Harley-Davidson attempts to grow ridership. In an interview earlier this month with Reuters, he said the company is not exploring a merger or private equity buyout.

So what gives? Simply put. Harley-Davidson is in a pickle; partly of its own doing and partly caused by a declining motorcycle market.

Its core customer base of baby boomers is aging out of riding, leaving the company in a position of riding off a demographic cliff. Its products are tradition-driven and expensive, and young folks just aren’t taking to riding motorcycles, much less a Harley-Davidson model.

Factor in growing competition in the heavyweight cruiser market from the revived and also made-in-America brand Indian, whose name has just as much caché as Harley-Davidson, and the growing popularity of the BMW, Ducati and Triumph brands from Europe and the picture gets even bleaker.

Harley-Davidson is trying to bring in new riders with learn-to-ride programs and is spending millions of dollars on new product development and marketing, but could it be too little, too late?

Last year, the company proclaimed that it will introduce 100 new models by 2027. Included in the press release on the 2017 earnings was a declaration that Harley-Davidson will “invest more aggressively” in electric motorcycle technology and begin selling an electric model within 18 months.

In announcing two new models this week, though, Harley-Davidson demonstrated the same parts bin engineering attitude from days of yore that helped put it in its current downward position. The new 2018 models are the Sportster derivatives Iron 1200 and Forty-Eight Special. Both have high handlebars and throwback styling – and 1970s graphic schemes. To attract young newbies who are glued to their cell phones?

Harley-Davidson’s current market share in the heavyweight motorcycle category slightly tops 50 percent, but that’s down from 58 percent only five years ago. It’s a trend that’s likely to continue.

“Mindset shifts are not something that happen overnight, Levatich told Reuters. “But that’s very much core to the 10-year strategy of the company.”

But how can a mind be shifted and a purchase made by a younger someone who is saddled with student loan debt and doesn’t give a hoot about riding? It seems to me that Harley-Davidson and Levatich not only need some dramatic new and affordable models but a refresher course in reality.

Or am I just being jealous and cynical?