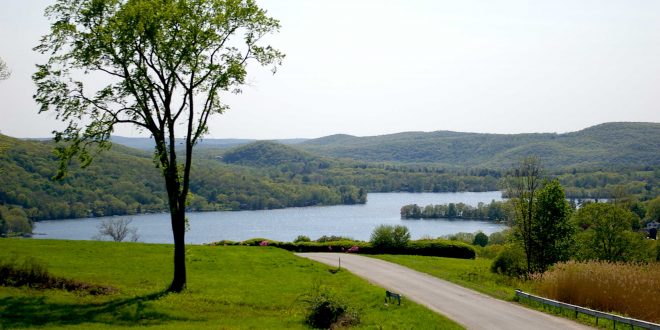 HARWINTON, CT – Ever since the COVID-19 pandemic began intruding on our lives, I’ve been grateful that my preferred form of recreation and stress-reducing escape is riding a motorcycling. It’s an activity that can be done solo or in groups with six feet of separation.

It wasn’t long after the pandemic hit last month, though, that debate began on whether riding was wise or proper. Initially, I sided with those who felt riding was sufficiently safe and absolutely necessary for mental well being.

After all, the “stay at home” order from state government was reducing traffic and therefore reducing the risk of riding, right?

In the past month, I’ve taken a few long, uneventful rides, and enjoyed every second of them. Well, except for the part where muscles that haven’t been used for a while start aching when held in one position for too long.

Then, yesterday, I read a story in the “Republican-American,” the local newspaper that I write for. The story was headlined “Oxford man dies from injuries suffered in a motorcycle crash” and told of a 27-year-old rider who crashed Saturday night in Seymour, CT.

While the death of a rider always causes me to pause, what made me take more note than normal was the fact both the deceased and his passenger were taken to St. Vincent’s Hospital, which located in Fairfield County – the epicenter of the pandemic in Connecticut.

My reaction was, “Did medical personnel there really need to deal with victims of a motorcycle accident at a time like this?”

It was at that moment that I decided the time had come to park my motorcycles, at least for a short spell until the peak of the pandemic has passed.

Sure, I could probably ride every day with nothing bad happening, but why risk it?

Three reasons not to ride…

I came up with three reasons why a temporary layoff from getting out on two wheels might be wise decision:

– If I had an accident would I really want to be treated by doctors and nurses who might be overworked and frazzled?

– After spending all this time self-isolating and social distancing, would I really want to be in an environment like an emergency room filled with the COVID-19 virus?

– And wouldn’t it be selfish to take doctors and nurses away from the truly sick to treat injuries that could have been avoided by simply staying put for a week or two?

I’m hoping my self-imposed layoff from riding doesn’t last long. But, for now, it seems both prudent and an act of good citizenship.

The time that I would have been spent riding can be better utilized cleaning the garage and on other chores that will maybe free up time later in the riding season when the potential consequences aren’t as great.

An award-winning print and broadcast journalist, Bud Wilkinson writes the "RIDE-CT" motorcycle column and the "My Ride" vintage car feature for the "Republican-American" newspaper in Waterbury, CT. He studied journalism at Ohio Wesleyan University where he received a B.A. degree. He currently rides a 1987 BMW R 80 RT and a 2014 Triumph Bonneville.
Previous Dealer Designs Dress-Up Kit For Royal Enfield INT 650
Next Pandemic Claims Hudson Valley Harley-Davidson