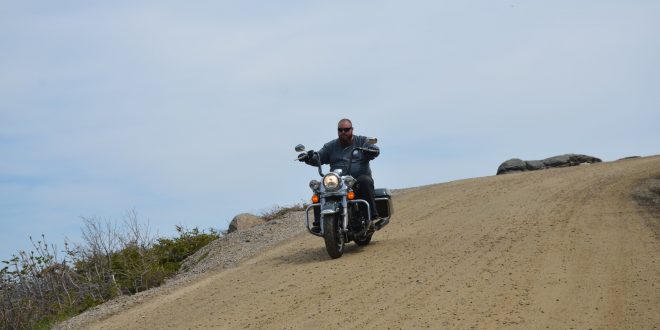 GORHAM, NH – After approximately 15 years of setting aside days during Laconia Motorcycle Week solely for motorcycles, the Mount Washington Auto Road won’t be continuing the tradition this June.

Dramatically declining participation by riders has prompted a decision to end the practice. “We’ve been talking about it the last two summers,” said Howie Wemyss, who is general manager of the attraction.

“For the first few years, there was significant growth as the word got around,” said Wemyss in a phone interview this afternoon. “But in recent years it has been steadily dropping off.”

One benefit to the end of “motorcycles only” days for the attraction is that drivers on four wheels who arrive unaware of that fact won’t have to be turned away. “That didn’t go over well. They arrive here and they’re not happy,” Wemyss said.

For riders concerned about sharing the road, Wemyss offered some advice. “Get here early – the first hour of operation. You’ve got the road to yourself,” he said.

Admission for a motorcycle with operator is $20, plus $10 for a passenger.

Since 2010, RIDE-CT & RIDE-NewEngland has been reporting about motorcycling in New England and portions of New York.
Previous Reward Rises For Identity Of ATV Rider Who Killed Beloved Pet
Next Harley-Davidson Punches Back At Indian In New Ads