Home / Up To Speed / New Models And More Revealed At EICMA 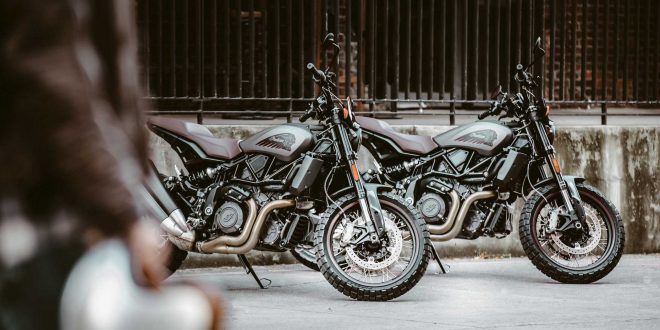 Attending the annual EICMA show in Milan, Italy has to be on the travel bucket list of any true motorcycle enthusiast. It’s where the most new models get revealed every autumn and where the industry’s full buffet of models – from concept to street ready – is on display.

This year’s EICMA gathering kicked off Tuesday and runs through Sunday, and there’s been no shortage of model news. Here are some (emphasis on some) of the highlights from the various manufacturers gleaned from press releases and from news sources:

Shown as a prototype at EICMA a year ago, Aprilia’s new RS 660 sport bike is now a reality. With five riding modes, Aprilia says the lightweight, 100-horsepower model offers “dynamic riding on the road, and extreme riding on track.” No pricing or availability, though.

Months after revealing its first R 18 cruiser model concept, BMW is back with a second possibility – the R18 / 2. It’s more of a standard cruiser with an 1,800cc boxer engine.

The F 900 R has a 3.4 gallon gas tank, while the F 900 XR has a gas tank that takes slightly more than four gallons of petrol. Both come with two standard riding modes (rain and road), but a premium package provides more options.

Ducati used EICMA to introduce two Scambler concepts as well as a new Scrambler model. Most eye-catching is the “DesertX” concept, but the “Motard” concept has some noteworthy elements as well.

The new production model is the Scrambler Icon Dark. It’s an entry-level model in the 800 range in “matt black.”

The Italian electric bike-maker Energica showed off a new 2020 Eva Ribelle model – “Ribelle” meaning “rebellious” – that puts out around 145 horsepower and has a top speed of 125 miles per hour.

Harley-Davidson revealed the name of its upcoming streetfighter model, Bronx, and provided an update on its Pan America adventurer tourer. Info on both was posted here yesterday.

Husqvarna’s street models always look quirky, and the brand’s first look at an adventure bike is no exception. Details are few, but the Norden 901 concept with a 890cc parallel twin looks like it’s ready to roll. What makes it potentially appealing is that it appears smaller and less heavy than so many other models in the segment, making it an option for so many more riders.

Can’t find any official notice from Indian, and didn’t get a response to an inquiry emailed to the brand’s PR agency, but a couple of news sites are reporting a new FTR 1200 variant with the Rally name (shown above and at top). A Rally version has been an accessories option in the past but now it’s apparently going to be a production model.

Moto Guzzi unveiled a new variant on its V85 TT adventure touring model. Labeled the V85 TT Travel, it has a high windscreen, panniers, heated grips and additional LED lighting. No word on price or when it will be available, either.

Suzuki V-Strom Gets Bigger – Or Not

The base model is road oriented with cast wheels, while the XT versions have wire wheels. Prices and arrival date haven’t been announced.

That’s just a sampling of the new models at EICMA, which leaves the impression that manufacturers are working hard to build excitement among existing riders while trying to attract new ones.