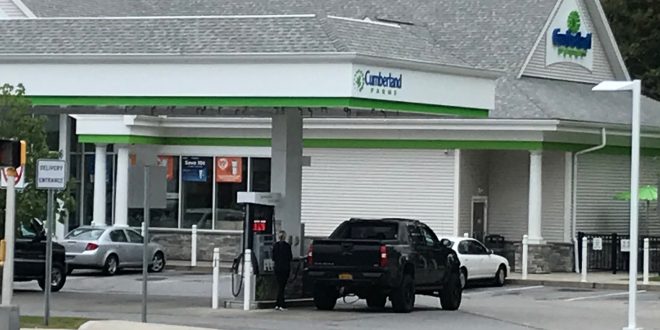 HARWINTON, CT – Are you a good rider? A motorcycle mishap may prove you’re not as good as you think…

Motorcycle instructor and “Riding in the Zone” author Ken Condon shared an old magazine column of his on social media yesterday in which he opined that most riders delude themselves by thinking they are “good” riders. He asserted that most are not as skilled as they believe.

Condon’s column made me shake my head in agreement, and chuckle a bit. Maybe it’s because I came to riding in my early 50s with a bit of maturity, but I’ve never considered myself a “good” rider.

Am I an adequate rider? Possibly. A safe rider? Certainly. I always practice drills and try to  improve my skills whenever I go out.

In his column, Condon suggested, “Good riders rarely experience close calls… And when a problem does occur, they resist blaming others because they know that most mishaps can be avoided through their own actions.”

Which brings me to my mishap of last month, and to whatever lessons it provides.

I was heading home from the D.M.V. one morning when the low fuel light on my Triumph Bonneville came on. I immediately headed to a nearby Cumby’s, which has two entrances. There’s a two-lane main entrance and a one-lane angled entrance for the 18-wheelers that deliver gas, Coke and other goods.

While many folks sneak in the truck entrance, I’ve always avoided it – until this day. Not only is the pavement at an odd angle, the sidewalks and curbs on either side are lower than normal and somewhat rounded to allow delivery trucks to run over them.

As I entered the driveway, I looked ahead to see that the area with the gas pumps was extremely busy. As I calculated where to go, my rear tire somehow ran against the curbing. The 500-pound bike instantly came to a stop and began to pitch over.

My next move was by reflex. I gripped the handlebar and tried to hold it up. I managed to prevent any scuff marks on the Bonneville but, in doing so, I felt my right thigh go “boing.”

While I managed to get the Bonneville to a pump, fill it and ride it home, I knew had done some damage to my right leg. My amateur diagnosis was a severely pulled hamstring, but a few days later a nurse friend noticed that the leg was starting to show extensive bruising.

As the days passed, the bruising got worse. The pain was still substantial and my limping hadn’t subsided. A few days after that, I noticed additional purple splotches on my right ankle. My toes were likewise turning purple.

At that point, I consulted my doctor. A ripped hamstring was his call. Blood from the tear was draining to my feet. He held off on getting an MRI, and suggested that I keep it elevated as much as possible.

That’s what I’ve been doing. Healing has been slow. Here it is a month later and my thigh is still a tad tender and walking any distance makes it ache.

So what went wrong? If I were a “good” rider, I might blame the motorcycle mishap on the fact my helmet has a tinted visor that made it hard to distinguish between the driveway surface and the rounded curbing or on the fact that pumps were so filled with patrons that I had to scan ahead longer than normal.

The fact is that I simply screwed up, and ended up with a painful no-speed injury that has kept me from riding for weeks. The motorcycle mishap provides a reminder that accidents can happen when they’re least expected.

The lessons learned are that I maybe need to work on being more observant … and not to cut corners. Literally.

An award-winning print and broadcast journalist, Bud Wilkinson writes the "RIDE-CT" motorcycle column and the "My Ride" vintage car feature for the "Republican-American" newspaper in Waterbury, CT. He studied journalism at Ohio Wesleyan University where he received a B.A. degree. He currently rides a 1987 BMW R 80 RT and a 2014 Triumph Bonneville.
Previous TWIR: Zhukovskyy Wants Out, New Place For BMW Motorrad Days
Next Heritage Harley-Davidson Latest Dealership To Close