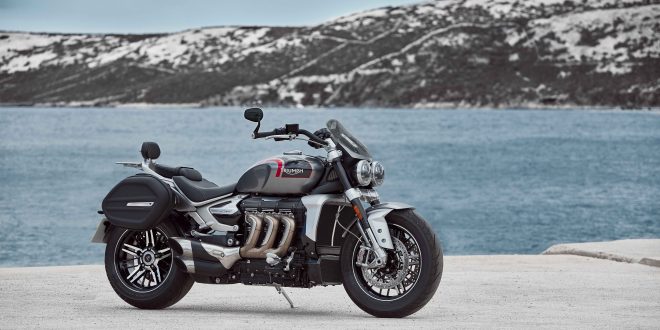 It’s the Week in Review for July 28 through Aug. 3 – news items and other motorcycle-related info:

Hit-And-Run Driver Strikes Riders on I-95 In MA

Sharon, MA – Two motorcyclists have been released from the hospital after being hit by a car on I-95 around 10:30 p.m. Thursday.

State police are looking for the hit-and-run driver who struck Jerry McCormick and Amy Kosman. The car, apparently a Ford Fusion, hit the husband and wife and sent the bike skidding down the road with sparks flying.

Boston 25 News showed dash video provided by a witness who brought footage of the accident to state police.

After unveiling a limited edition model, Triumph has now revealed two new Rocket 3 regular production models – the Rocket 3 R and the Rocket 3 GT. The company’s media website shows them to be late 2019 models, but the trade press has labeled them as 2020 models.

Regardless, the new R 3s have a larger, 2,500cc engine (OK, 2,458cc) and new styling, making the model look more like a muscle and sport cruiser. And its 95 pounds lighter than its predecessor, which came out in 2004.

MINERAL TOWNSHIP, IL – A rider whose wife died as a result of injuries sustained in a June 8 crash involving grass clippings on the roadway spoke out for the first time this week about the tragedy.

Thomas Zeglen is seeking harsher penalties for those who blow grass clippings on the roadway. The property owner responsible for the clippings was issued a ticket for littering.

“Grass on the road to a motorcyclist is like black ice to a car. It can take a life very easily in a matter of seconds,” Zeglen told TV6/KWQC.

According to a crash report, Cheryl Zeglen was riding behind her husband, who slowed and “exchanged finger gestures with the property owner.” She didn’t realize that he was slowing down and she ran into him. Both of their bikes went down and she died two days later from injuries.

An award-winning print and broadcast journalist, Bud Wilkinson writes the "RIDE-CT" motorcycle column and the "My Ride" vintage car feature for the "Republican-American" newspaper in Waterbury, CT. He studied journalism at Ohio Wesleyan University where he received a B.A. degree. He currently rides a 1987 BMW R 80 RT and a 2014 Triumph Bonneville.
Previous Yankee Chapter National Meet Has Bikes Worth Seeing
Next “Field of Dreams” Is A Memorable Place