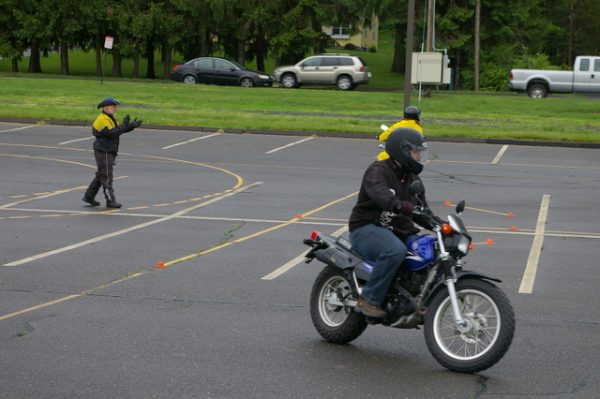 It has been more than a week since it was revealed that UConn Torrington won’t allow Connecticut Rider Education Program (CONREP) classes on its campus next year. Nothing’s changed and that’s not surprising. The loss of a training site isn’t hot news impacting loads of people and destined to prompt outrage.

Permission to use the parking lot as a motorcycle training range was revoked recently after 26 years because the lot is going to be repaved and added lines on new asphalt needed for the motorcycle classes would be unsightly.

Yes, aesthetics is the sole stated reason for CONREP’s ouster. 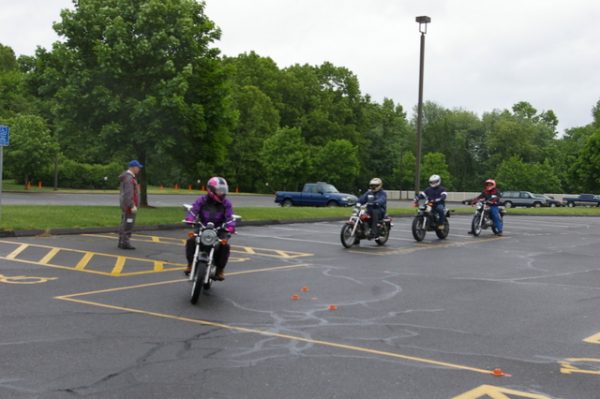 It seems the extra markings on new asphalt might displease, offend or confuse drivers looking for a parking space. Or maybe have that impact on at least one boneheaded bureaucrat in Storrs where the decision was made. That’s ridiculous, and ultimately sad.

Is UConn saying its students are too dense to differentiate between lines for parking spaces and any others, despite the fact that they have been able to do so for a quarter-century? Does this make the enrollees on community college campuses elsewhere in the state where CONREP runs classes much smarter than UConn students? I’ve never heard of a parking lot being “dumbed down” before.

It’s not like the UConn Torrington campus is in a high-profile location where anyone other than students, faculty and staff would see the extra lines. It sits atop a hill in a rural, out-of-the-way section of town. Why does the appearance of the parking really matter?

Since original story ran in “The Republican-American,” and later posted on this website here, I’ve learned that UConn Torrington did tell CONREP that it could return if temporary markings – not permanent lines on the pavement – could be used. The person who told me, Nick Just, oversees CONREP for the state Department of Transportation. He explained, “We’d have to pick everything up at the end of class.” 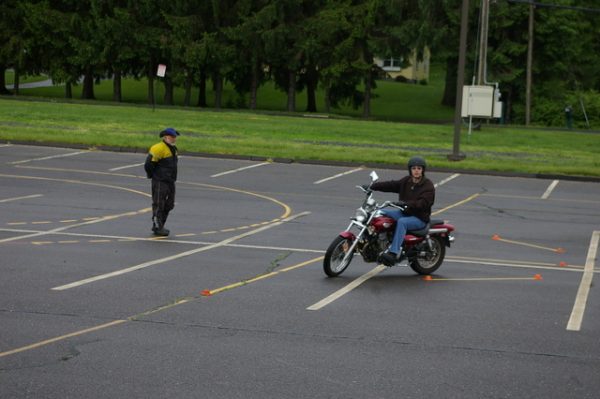 Just said putting out extra cones and realigning them for each exercise in the different classes would be impractical; far too labor-intensive and time-consuming. “It would just be impossible,” he said.

The loss of the UConn Torrington site for CONREP leaves a huge swath of western Connecticut without a training location – training that is mandated by the state in order for a prospective rider to get an “M endorsement and to be able legally ride a motorcycle. There are three CONREP locations in what can generously be called the Naugatuck River Valley – Waterbury, Stratford and Fairfield. There’s nothing to the west. No site in Danbury or Stamford and, now, no site in Torrington.

UConn Torrington began allowing CONREP classes in 1988 and roughly 3,000 students have taken them over the years. If UConn’s decision holds, aspiring riders in Litchfield County will have to drive a long way – to Naugatuck Valley Community College in Waterbury, Tunxis Community College in Farmington or the Air National Guard Base in East Granby to take the Basic Rider Course that the state requires.

If the state passes a law saying something is required, shouldn’t the state be equally required to provide a convenient location to make meeting that requirement possible?

And why isn’t someone other than me griping? 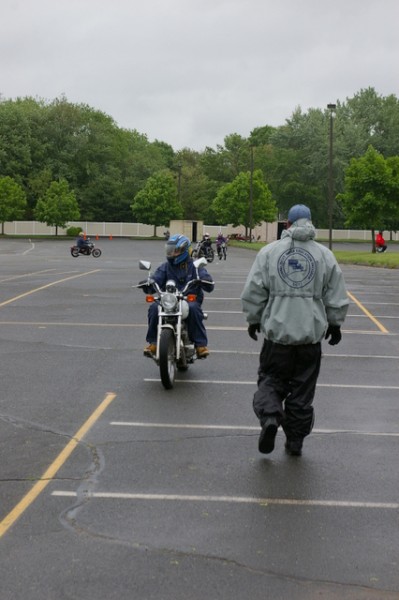 As an administrator, it’s not Just’s job to rattle cages, but shouldn’t his boss , Commissioner James P. Redeker, be grabbing some lapels in Storrs and shaking them? And what about the legislators from western Connecticut who passed the law that makes taking the BRC mandatory? It seems they’ve just voted and walked away. Their message to those residents wishing to take up riding seems to be, “Do it. We don’t give a damn how.”

And where’s UConn Torrington in this? Why hasn’t the branch pushed back vigorously? For one, it’s revenue lost. CONREP pays a rental fee of $4,500 annually to use the parking lot. And, two, allowing the classes gives the branch “good neighbor” status in the area.

I certainly don’t know the particulars of all the conversations that have taken place on this. UConn Torrington says the decision came from Storrs. It’s a decision that is flat-out wrong; one state entity giving the brush-off to another. At this point, though, I’m bothered not only by CONREP’s ouster but also by the fact no one has stepped up to fight it.